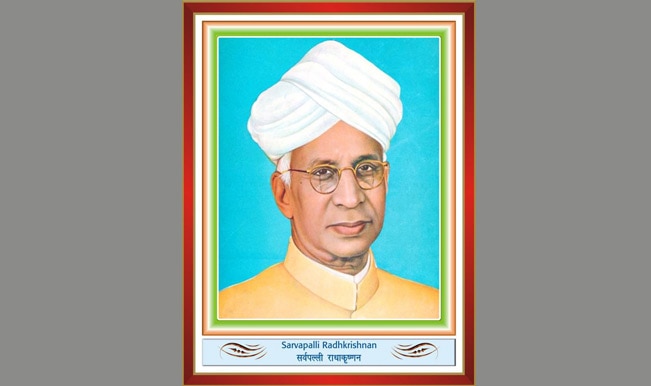 Teacher’s Day which is celebrated in India on September 5 marks the birthday of one of the great teachers of the country- Sarvepalli Radhakrishnan. This scholar, philosopher had also served as the Vice-President and the second President of India. Also Read - BTS Jimin's Teacher Once Opposed His Aspiration of Becoming K-Pop Idol, Told Him ‘It Is Easier To Dream’

His birthday started to be recognised as Teacher’s Day after he wanted a day to be dedicated to the teachers of the country. On his birthday when his family and friends insists on celebrating, he said, “Instead of celebrating my birthday, it would be my proud privilege if 5 September is observed as Teachers’ Day.” Thus September 5 came to observed as Teachers Day. Also Read - Commendable How Teachers Ensured Education of Students During Covid Times: PM Modi on Teachers Day

On this teacher’s day, here are five interesting things you need to know about the reputed teacher

1. Radahkrishnan was born in a Telugu Niyogi Brahmin family in Tamil Nadu. Although his father was a subordinate revenue official in the service of a local zamindar, he did not want him to learn English to go to school. Instead he wanted Radhakrishnan to become a priest. It was later on that his father agreed to send him to a school in Tiruttani.

2. Radhakrishanan was loved and respected immensely by his students. He was also a popular figure among them that while he was leaving them to join as a professor in Calcutta, he was taken all the way from the Mysore University to the Railway Station in a flower decked carriage pulled by his students!

3. While in London, Dr. Radhkrsihnan’s speech content and personality had mesmerized H. N. Spalding so much that he decided to found a chair at Oxford for Easter Religions and Ethics. The Trust continues to make grants for the study of the great religions till date.

5. Considering his services and contribution to field on education in India, he was knighted by George V in the June 1931 Birthday Honours. However, he ceased to use the title after Indian independence preferring his academic title of ‘Doctor’  over it.