Satyamev Jayate 3 Ep # 3 Promo: Is the idea of dating a girl in Mumbai different than other states in India?

In this promo Aamir is asking a man about dating a girl, to which he replied dating in Ajmer is quite different then it is in Mumbai. 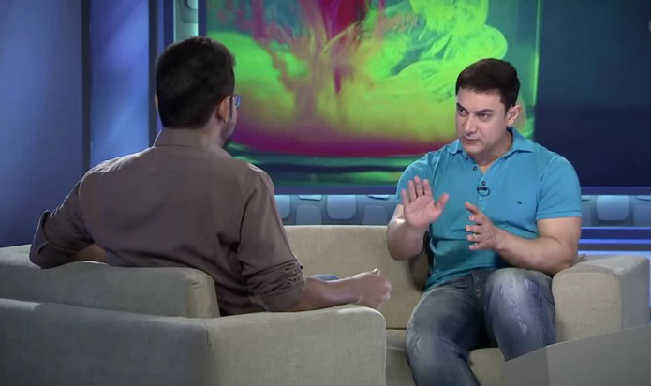 Satyamev Jayate, a popular television talk show, hosted by bollywood’s Mr Perfectionist focuses on sensitive social issues rampant in India. The show not only highlights these issues but also endeavours to find a solution for the same. In each episode the Satyamev Jayate team takes up one issue and tries to bring maximum attention to the severity related to it. Read Satyamev Jayate 3 Ep# 3 Promo: Will Aamir Khan put light on LGBT community this Sunday? Also Read - Laal Singh Chaddha: Aamir Khan-Naga Chaitanya's Jodi Compels Makers To Amend Script? Deets Inside

This is the first time that the showmakers have released two promos for the upcoming episode. Even Aamir Khan had mentioned that this episode would be the best of all the seasons. However, both the promos give vague clues of what the upcoming episode would talk about. In this promo Aamir is asking a man about dating a girl, to which he replied dating in Ajmer is quite different then it is in Mumbai. What does that indicate? Will Aamir take up the issue of love relationships and honour killings? Well it can only be revealed once the show goes on air today at 11:00 am in all Star channels and Doordarshan. Read Satyamev Jayate 3 Episode 1 tweet review: Twitterati pledge support with #LetsPlayIndia and #MumkinHai Also Read - Movies to Watch Out For in 2022: From Alia-Ranbir's Brahmastra to Katrina's Merry Christmas

The unique format of Satyamev Jayate earned recognition and the efforts that was put in for each episode was clearly reflected. Since the last two seasons got good response, Aamir came up with the third season and this time he also introduced a Live Chat show for his #MumkinHai campaign. In the Live Chat, he invites audiences to come forward with queries and suggestions regarding the topic discussed in the episode. Read Satyamev Jayate: Twitter swarmed with public reactions on #RoadsOKPlease, #MumkinHai

Watch the promo of Satyamev Jayate and tell us what you feel the next episode will be about.