Being a sensitive issue which is not given much of importance in our country there are high chances that Aamir will bring out some inspiring issues on the topic. 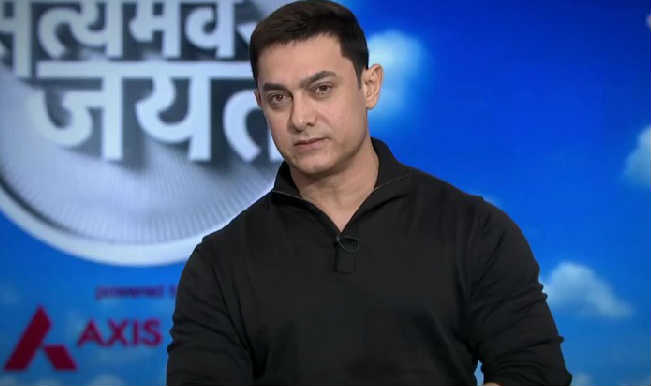 Satyamev Jayate is a popular television talk show that talks about sensitive social issues prevalent in our country. The main idea behind the show is to highlight the issue at the same time find a solution to solve the same. Aamir Khan has also tried to throw some light on several individuals, organisation and NGO’s who put in lot of efforts in helping the society with these sensitive issues. Since their efforts go unnoticed, the show gives them a platform for the great job they are doing. Read Satyamev Jayate: Twitter swarmed with public reactions on #RoadsOKPlease, #MumkinHai Also Read - Aamir Khan Issues Apologies to KGF 2 Producers And Yash, Says 'Will Promote KGF Chapter 2

Here is the promo of third episode of Aamir Khan’s popular television talk show. The show makers always ensure that to keep the concept of episode a secret until the show is aired. Even the promo gives out very little about what the topic of discussion would be. But Mr Perfectionist gave away a small hint that this episode would be the best of all seasons showcased till now. By the looks of this promo, we can make a wild guess that the episode might be on LGBT group. Being a sensitive issue which is not given much of importance in our country there are high chances that Aamir will bring out some inspiring issues on the topic. Read Satyamev Jayate 3 Episode 1 tweet review: Twitterati pledge support with #LetsPlayIndia and #MumkinHai Also Read - Aamir Khan and Kareena Kapoor's Laal Singh Chaddha Release Date: Movie To His Theatres On Baisakhi 2022

The unique format of Satyamev Jayate earned recognition and the efforts that was put in for each episode was clearly reflected. Since the last two seasons got good response, Aamir came up with the third season and this time he also introduced a Live Chat show for his #MumkinHai campaign. In the Live Chat, he invites audiences to come forward with queries and suggestions regarding the topic discussed in the episode. Read PK fourth motion poster: Meet Jagat Janani aka Anushka Sharma with the transistor

Watch the promo of Satyamev Jayate and tell us what you feel the next episode will be about.