The Satyamev Jayate Season 3 finale episode takes a look at how and why ideas of being #ARealMan or an 'Asli Mard' affect their attitude towards women, and offers some solutions. 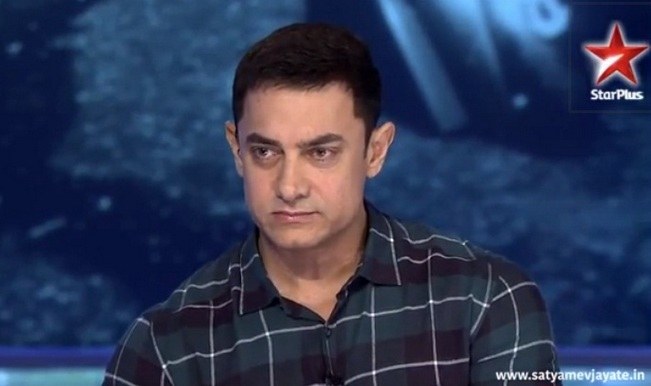 Actor-filmmaker and TV host Aamir Khan served an ace with the finale episode of Satyamev Jayate 3, the last episode of the third season of his much loved chat show on social issues. Just when people were predicting yet another episode related to atrocities on women, children, the underprivileged, unwell or the poor, he presented an episode concerning men – especially Indian men. Also Read - Salman Khan to Become Prem of Maine Pyar Kiya For Aamir Khan's Laal Singh Chaddha, Shooting on Jan 8

The special episode of Satyamev Jayate 3 that also featured Bollywood celebrities such as Amitabh Bachchan, Deepika Padukone, Kangana Ranaut and Parineeti Chopra, began with Aamir Khan asking the audience as to what constitutes an ‘Asli Mard’ – a Real Man (#ARealMan),   Also Read - Shah Rukh Khan, Ranbir Kapoor, Fardeen Khan – Get Ready For These 9 Bollywood Comebacks In 2021

The various qualities of a #ARealMan, according to men, are Protector, Respectful, Courageous, Hardworking, Helpful, Strong, High thinking, Understanding, Honest, Able to tolerate Pain, and Sensitive.

The women in the audience begged to differ. They told Aamir that they hadn’t seen any of the qualities mentioned by the menfolk. Protector? A man is one only for their family. All women in the audience raised their hands saying that men are not protectors. They are not sensitive at all, they are not respectful and indulge in eve-teasing. Aamir Khan himself strikes out some qualities written on the blackboard for men – honest, understanding, good thinking, courageous, hardworking, not even strong.

Further, the women also point out some bad qualities of men – they are egositic, controlling, aggressive and short-tempered.

Aamir goes on to present some touching cases of rape, acid-throwing or beating by men – on men and women – and informs that 95 percent of incidents of violence in India are committed by men. The Satyamev Jayate Season 3 finale episode takes a look at how and why ideas of being #ARealMan or an ‘Asli Mard’ affect their attitude towards women, and offers some solutions.

Men, in spite of their pressures, should win over people with love and not violence, concludes Aamir Khan, also taking potshots at himself to bring home the point.

Watch: Satyamev Jayate 3 Finale Full Episode in the player below