Aamir is offering us something new, will this finale episode turn out to be a grand affair? 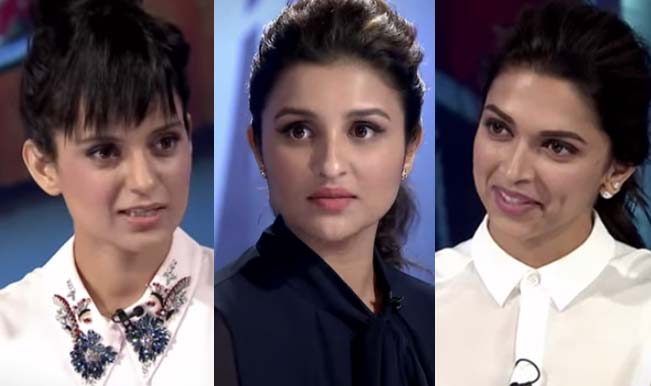 Satyamev Jayate, the Indian television talk show hosted by Aamir Khan is known to cater to all sorts of topics that need to be addressed on a public platform. Mr. Perfectionist is known for coming up with well researched and serious content that needs to be addressed so as to come up with a solution. So far the show conceived and created by Aamir, in season 3 has catered to topics such as the importance of playing, tuberculosis, LGBT, depression and road accidents etcetera. But this time with the show on the verge of its end, Aamir is coming up with a light topic as far as the promo suggests but we never know. Also Read - Sushant Day: Kangana Ranaut Launches Attack on Karan Johar, YRF, Mahesh Bhatt, Says 'I Regret Not Being There For You'

We all have an idea of an ideal life partner; the man of every woman’s dream. Although we might never be perfect, but that does not stop us from wanting a perfect or a better person as a better half in our life. Girls usually prefer to spend their life with a man who is compassionate, loving, and compatible enough. The promo shares a sneak peek of the same, but with some starry faces! Also Read - Did Pathan Director Siddharth Anand Slap His Assistant On Set of The Film? Know The Truth Here

Yes, the promo has not one but three leading ladies of Bollywood; Deepika Padukone, Kangana Ranaut and Parineeti Chopra. In the video, Aamir is seen having a fun conversation with all the three stars and asks them what qualities would they want in a man? To which all of them reply that the ideal man should be sensitive, and most important of all, should love. To women, all that matters is love. Tune in on this weekend to find out what the star studded episode is all about.

This is the first time that Aamir has included a list of celebrated faces to feature on the show. Aamir is known to stick to the concept of the show and so as to relate to the common people, Aamir steers clear of having big stars to feature on the show. Celebrated personalities who has till now made an appearance on the show are only seen for the respective field they belong and to promote the awareness about the same. But this time Aamir is offering us something new. Will this finale episode turn out to be a grand affair? It will be interesting to see the star studded finale episode of Satyamev Jayate season 3 this weekend. Check out the promo of Satyamev Jayate season 3 episode 6 promo here.