‘Shame on You!’: Fans Cringe as Rakhi Sawant Claims That Sushant Singh Rajput Will be Reborn as Her Son | WATCH

'Sushant is coming back': At a time when fans have not even stopped mourning Sushant Singh Rajput's death, Rakhi Sawant's insensitive ridiculous claims leave netizens furious!

‘Yuck’ is the first reaction that forms in our mind and it is still subtle in comparison to the outrageous content on Sushant Singh Rajput, put out by controversial queen, Rakhi Sawant. At a time when fans have not even stopped mourning Sushant’s death by suicide, Rakhi’s insensitive ridiculous claims have left the netizens fuming and we don’t blame them.Also Read - Upset Over Obesity, Tamil Nadu Girl Commits Suicide

In a video that has now gone viral for all the wrong reasons, Rakhi was seen making the most of the situation yet again, ignorant of the sensitivity behind it. Taking to her Instagram handle, the former item girl of Bollywood shared a video narrating the contents of her “4am dream” which is superstitiously considered to come true. Also Read - Bigg Boss 15: Rakhi Sawant Gets Evicted Five Days Before Grand Finale?

Rakhi claims that she saw Sushant in her dream who vowed to come back and take revenge from all those who had hurt him. According to Rakhi, when she further probed him, Sushant told her in her cringeworthy dream that the film industry had taken a lot from him even has it had blessed him with fame and he will come back to settle his accounts with the defaulters by being born out of her womb. Also Read - Instagram To Reduce Visibility Of 'Potentially Harmful' Content

Just when one thought that Rakhi had crossed all limits to stay in the limelight, the sensational star added that Sushant was upset about not being invited for the celeb parties in Tinseltown and how he would like Rakhi to convey a message to the producers whose work he had left unfinished. The message was that he wanted Rakhi to not only perform item numbers in Sushant’s unfinished projects but also have a dance face off with Bollywood diva, Sunny Leone.

This, Rakhi claimed, was because she and Kangana Ranaut were the only celebrities to have fought for his justice after his death and he acknowledged the same. The almost four minutes video, further ridiculed by a makeup filter of fake curvy eyelashes and guady pair of earrings, was enough to leave fans enraged who collectively called her out.

Flooding the comments section with disbelief over her ignorant attitude towards the dead, one Instagram user wrote, “Ur so insensitive should be shame on urself for doing this (sic)”, while another lashed, “He is dead now. Please have some shame atleast how can you do it? Like he is dead stop making these types of things on him atleast SHAME ON YOU RAKHI SAWANT (sic)” 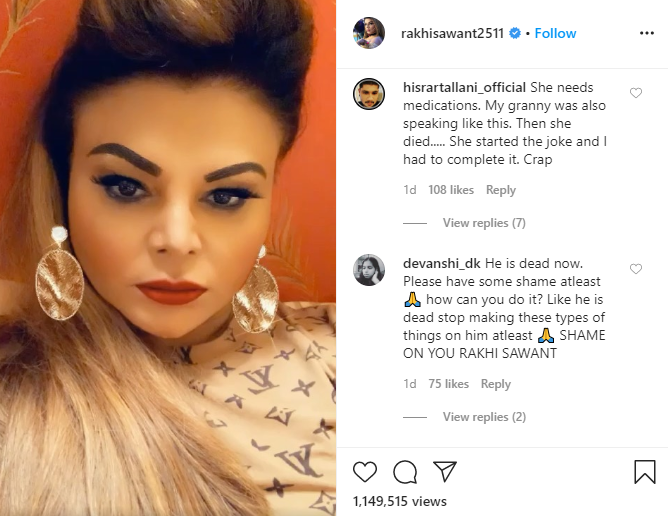 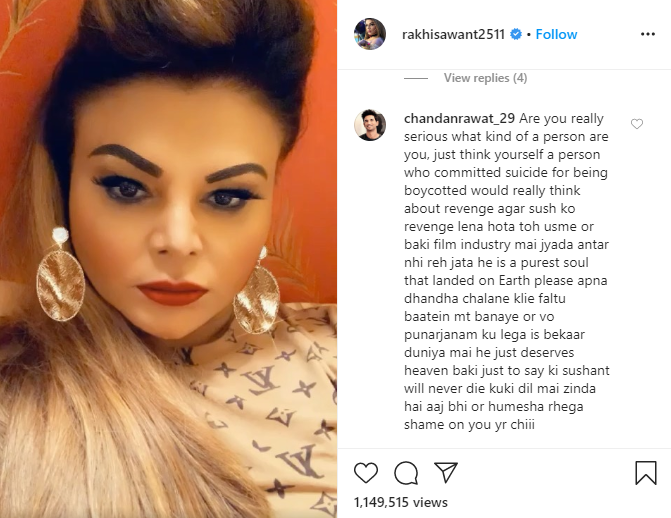 The video was captioned, “Sushant is coming back (sic)” and it is enough to leave anyone in jitters.

How old were we when we lost our compassion?