'I will speak to the police, not to self appointed liars' 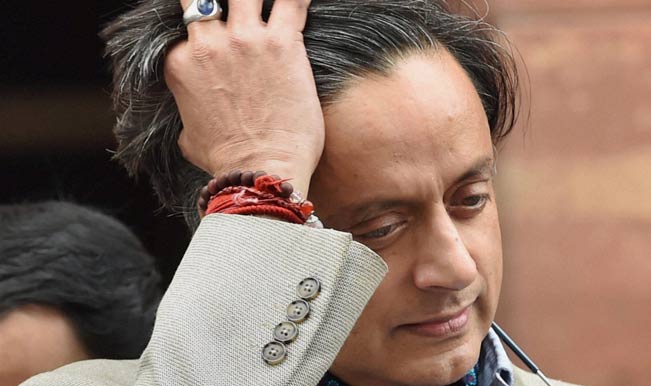 New Delhi, May 21: Congress leader Shashi Tharoor lost his temper when journalists questioned him about his wife Sunanda Pushkar murder case. Shashi Tharoor called the media persons ‘liars’ and refused to comment on the issue. “I will speak to the police, not to self appointed liars,” Tharoor responded when media asked him about the court’s order allowing Delhi police to conduct polygraph tests in the Sunanda Pushkar murder case on three of his close aides. Also Read - Shashi Tharoor Trolls Michael Clarke After India Beat Australia at Gabba to Retain Border-Gavaskar Trophy, Tweet Goes Viral

Shashi Tharoor also expressed his anger about news channel on social networking site Twitter. “Scummy channel accuses me of evading questions. I speak to the police &investigators, not to self-appointed vigilante liars. Told them so,” Tharoor tweeted after the incident.

I let myself down by shouting in fury at a badgering hack whom i had often been kind to. Won’t again. I regret giving them the satisfaction.

Former Union Minister Shashi Tharoor has been questioned thrice in the case so far. Sunanda Pushkar was found dead under mysterious circumstances in the hotel suite on January 17, 2014 following her spat with Pakistani journalist Mehar Tarar. Police registered a murder case on January 1, 2015.