She might have lost both her arms and legs but that’s not stopping Shalini from participating in a marathon contest!

Shalini Saraswathi is a quadruped amputee, meaning she has lost both her arms and her legs. But then, that hasn't stopped her from wanting to achieve her dreams.

It is true that if you set your heart and mind to something, no one can stop you. Many times, we look at people who are physically disabled with pity and feel bad for them, thinking their entire life is a waste. But many of these disabled people have the will and the strength to move mountains. They do not let their disability stand in the way of achieving their dreams. Some with the help of technology and others with sheer grit and determination, they walk towards their dreams and show the world that they too are just are important and no, their physical disability is not a barrier. One such brave lady is 37 year old Shalini Saraswathi from Bengaluru.

Shalini Saraswathi is a quadruped amputee, meaning she has lost both her arms and her legs. But then, that hasn’t stopped her from wanting to achieve her dreams. Shalini now plans to participate and run in the TCS World 10K in Bangalore, a 10km run marathon which is open for participants over the age of 15. Shalini is using advanced prosthesis, a form of carbon-fibre running blades loaned to her by Ottobock, a German company. However, these aren’t for regular use as they are extremely expensive. Shalini has taken them on loan specially for the event and even on rent, they cost her a whopping Rs 10 lakhs! She has already practiced on the race route selected and is now hoping to finish the final race on Sunday. 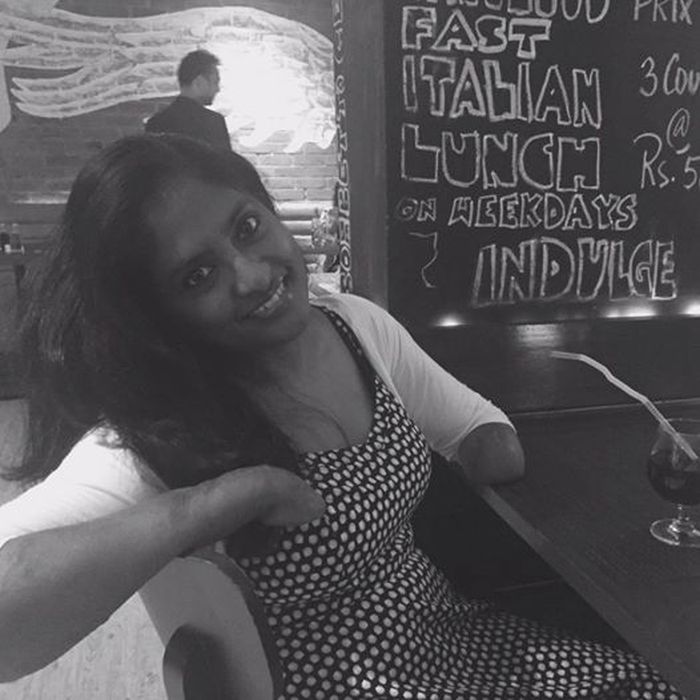 Training under coach BP Aiyappa, the 10k marathon is not Shalini’s goal. She plans to be able to participate in 2020 Paralympics, which is an international sporting event held for atheletes with physical disabilities. Shalini’s morale is kept boosted up by her coach who she says has never looked at her differently. He treats her just like she is a normal human being and without any disabilities. He pushes her to her limits and trains her just as he would a regular athlete. While Shalini admits that the initial days were tough and she just wanted the whole ordeal to be over, she is now excited about it and wants to test herself and see how far she can go. She also hopes to inspire people through her run and also try and get sponsors for her future dream as the prosthetics and equipments are expensive.

But how did her limbs fail? Shalini was not born with the defects but rather, she was detected with Rickettsial with morts, a rare form of bacterial infection, which is difficult to detect especially because of it’s symptoms that are very similar to the flu. Shalini was pregnant when she was diagnosed with the disorder and she lost the baby during the treatment. After intensive treatment, she was alright and discharged and life continued as usual for 3 months. However, soon in 3 months, the gangrene set in and slowly, one by one, her hands and legs had to be amputated. Her family stood by her through the ordeal and it is with the support of her husband and her coach that she has managed to now achieve this new dream.

Hats off you Shalini! We respect you and your dream and hope you reach all the heights you’ve ever wanted to!