A day after a 40-year old model-turned actor Shikha Joshi committed suicide slitting her throat, a video has come up in which the actress allegedly holds Dr Vijay Sharma responsible for her death. 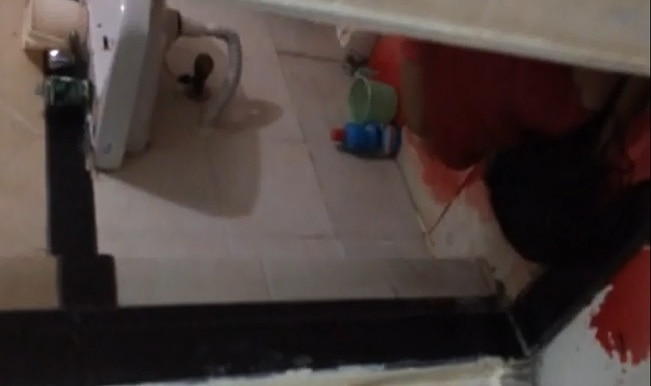 A day after a 40-year old model-turned actor Shikha Joshi committed suicide slitting her throat, a video has come up in which the actress allegedly holds Dr Vijay Sharma responsible for her death. Madhu Bharti, flatmate of Shikha recorded a video when she spotted her in a pool of blood. In the video, Bharti asks Shikha that why did she commit suicide? She also asks her to name the persons who forced her to do so. (Also watch: Woman smashes Mercedes of Samajwadi Party leader Abhinav Sharma after his gunman winks at her) Also Read - Mahant Narendra Giri, Head of Akhil Bharatiya Akhara Parishad, Found Dead; PM Modi Condoles Death

Shikha while gasping breath accuses Dr Sharma and other married men who exploited her for her tragic death. Shikha Joshi who had acted in a Bollywood film called ‘BA Pass’, had filed a police case accusing Dr Sharma of molesting her when she visited his clinic for treatment. At that time Khar Police had arrested him but he came out on bail. The doctor was also charged with molestation in 2008 in a separate case. Also Read - Hyderabad Rape-Murder Accused Found Dead on Railway Track 2 Days After 'Encounter' Threat

Here is the complete conversation between Shikha Joshi and her flatmate Madhu Bharti. Watch the suicide video below:

Bharti: Haan Shikha, Shikha, Shikha, Shikha, beta tell me why did you take this step?
Shikha: I don’t know.
Bharti: Shikha, say why did you do this?
Bharti: Shikha let it stay on your neck it will stem the flow of blood. Tell me Shikha, police will ask us. Why did you do all this? Who is responsible?
Shikha: Everybody’s
Bharti: Everybody who?
Bharti: Whose mistake is this? Hurry up, we will tell their names to the cops.
Shikha: Dr Sharma.
Bharti: Dr Sharma? And?
Shikha: Married men.
Bharti: Married men? Who all?
Shikha: Many.
Bharti: Many? But who all?
Bharti: Shikha, place a handkerchief on the cut. Shikha, Shikha. (A third person, a woman’s voice is heard. Camera angle changes. Bharti asks somebody to continue recording. A man checks Shikha)
Bharti: She says Dr Sharma and many other married men, who exploited her, are responsible for this.
A male voice: Take her to a hospital.
Bharti: How will we take her to a hospital? (A voice in the background: Don’t bring the children here)
A male voice: Take her (to a hospital) in a car.
Bharti: You carry her. We are not going to do it.
A woman’s voice: How will you carry her in a car, there is so much blood?
Male voice: Lift her. Is an ambulance coming?

The police is examining the video and waiting for the the results of a post-mortem. Watch the video below: