The monk is not dead, but actually in a deep meditative state called the 'Tukdam'. 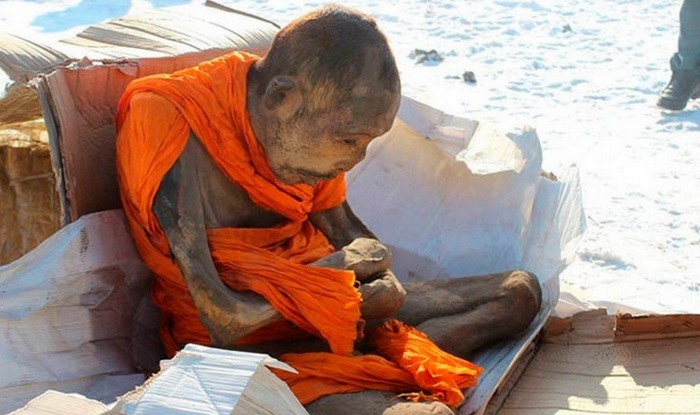 Just when the world is talking about a Buddha rock formation on the planet Mars, comes another shocking piece of information. A 200-year-old mummified monk has been found in Mongolia. He was discovered sitting in the lotus position, as if in deep meditation. Reports say the monk is not actually dead, and is actually in a deep meditative state called the ‘Tukdam’.

The Dalai Lama has explained this form of meditation, saying that it could lead to one being the Buddha – the enlightened one. The mummified monk is indeed alive, and the theory is supported by Professor Ganhugiyn Purevbat, founder of The Mongolian Institute of Buddhist Art. The preserved remains or rather the monk who is alive is now under forensic examination. (ALSO READ: 1000-year-old Buddha statue or mummified monk: Mystery unfolded!)

There is so much curiosity about this monk that people were trying to smuggle it and put it on the black market! We share a video of this monk and the phenomenon, as reported by Mark Sovel and Elliot Hill of  Lip News clip. Watch it here.