Mumbai FC's Amoes Do enters stands to fight with fans after the I-League match with Bengaluru FC at Sree Kanteerava Stadium in Bengaluru. Watch the shocking video. 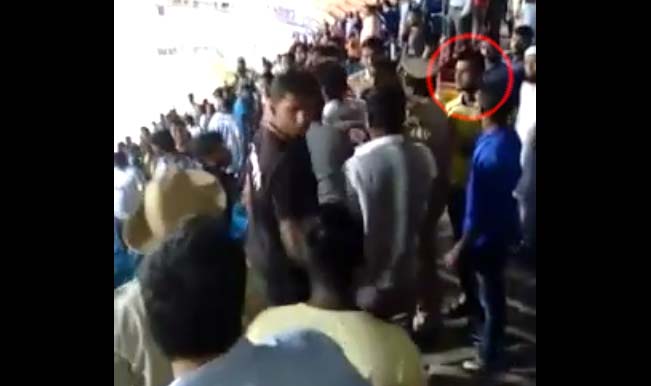 The Beautiful Game of Football is not popular in the country for numerous reasons. But in a shocking incident that took place in Bengaluru, a football player got into a scuffle with the fans that eventually led to a baton (lathi) charge by the police. At the Sree Kanteerava Stadium, Mumbai FC travelled to face Bengaluru FC in their I-League game, hoping to avenge their 6-0 mauling in the reverse fixture. Amoes Do who came on as a substitute in the 87th minute and was on the receiving end of abuses from the home fans. Also Read - ISL 2020/21: Cleiton Silva, Sunil Chhetri score as Bengaluru condemn Odisha to 5th defeat

The game concluded in a 1-1 draw but the agitated 20-year-old charged to the crowd after full-time and got into a scuffle with the fans. Police had to intervene and protect the player during which some fans were injured. It is evident that the young forward was enraged by the crowd but crossing the barrier and causing an altercation is totally unacceptable. Soon after the incident, Bengaluru FC CEO Parth Jindal took to Twitter for expressing his disappointment. Also Read - ISL 2020/21: Bengaluru FC Clip Kerala Blasters Wings in Six-Goal Thriller 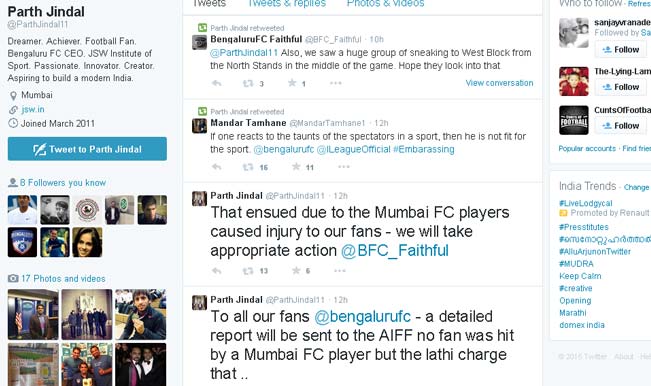 It remains to be seen what action the All India Football Federation (AIFF), the governing body of Indian football take on Amoes for his misdemeanour. Former Manchester United striker Eric Cantona was famous for his kung-fu kick on a Crystal Palace back in 1995. The Frenchman was reprimanded by both the English Football Association and FIFA with an eight-month ban and monetary fines amounting to thousands of pounds.

Born in the very city that is called the Silicon Valley of India, Amoes was part of Ashley Westwood’s title winning side last campaign. He played just one match and made the switch to the Mumbai outfit last December. It is deeply disappointing that he shrugged professionalism and portrayed goondaism. There are also claims that the forward, who replaced John Coutinho in the match, too was injured in the scuffle. The spectators are to be blamed equally for the incident as we are well aware of the the kind of insults that could probably be directed towards anyone in our country.

The English Premier League is quite popular in India but its Indian counterpart the I-League isn’t! Although, the Indian Super League (ISL) organised by Reliance garnered eyeballs, the popularity was short-lived. Amoes’ incident does draw a little light towards the Indian top-flight but does not do any favours in bolstering its popularity.

Watch the video shot by one Bengaluru FC fan in the crowd where Amoes charges down on a spectator. On a side note, it feels great to see fans heading to the stadium to watch and support their team.