In a shocking incident, a Delhi traffic police constable throws brick at a woman and allegedly asks for bribe. 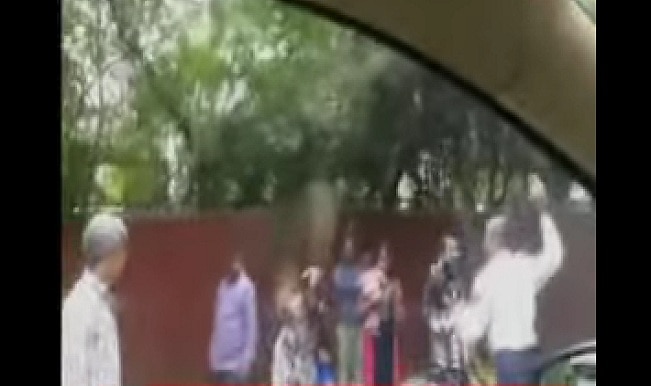 In a shocking incident, a Delhi traffic police constable throws brick at a woman and allegedly asks for bribe. The incident took place at Mathura Road of the national capital when the traffic constable fined for traffic offence. In this video, the head constable of Tuglak circle Satish Chand is seen thrashing woman with bricks. “My kids were with me,I didn’t give him (traffic police cop) money that is why he thrashed me,” claimed the victim woman. “He attacked me with a stone, I am hurt on my hand and back,” she further added. (Also read: Hyderabad fight video: Minor student dies in WWE-style fist fight) Also Read - On Oxygen Support, AAP MLA Tweets Emotional Video From Hospital Appealing Centre to Provide O2 to Delhi | WATCH

After the video of the incident came out, the Delhi Police suspended the constable and also booked a case against the woman and a biker. “The head constable has already been suspended. I have ordered the inquiry, criminal case has been registered in this case. Both the biker and his mother have been booked and arrested,” said the Delhi Police Commissioner B S Bassi. Also Read - 'Thankful to Centre But...' CM Kejriwal on Oxygen Crisis at Delhi Hospitals