Shocking video of a chairman and MD molesting girl on Indigo Airlines flight!

Watch the video to see the Indigo Airlines male passenger hanging his head in shame and apologising to the woman he molested! 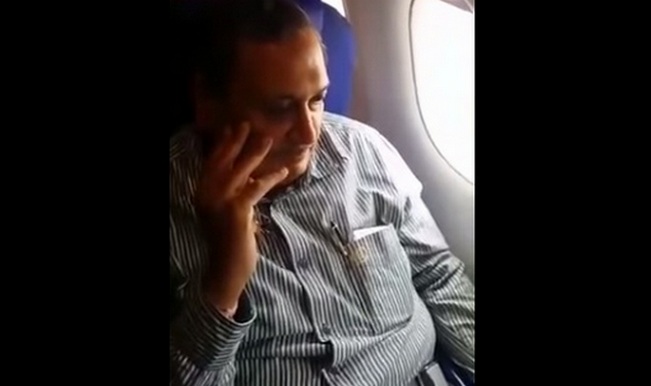 It seems pervert men will never learn a lesson. In spite of the country reacting strongly to the rising cases of rape and sexual abuse and creating awareness against such incidents, an old man – allegedly the Chairman and MD of a reputed company – tried to molest a girl on an Indigo flight to Bhubaneswar. The video that has gone viral shows the girl shouting at the man after the incident, as co-passengers of the airplane look on. Also Read - IndiGo Says its Servers Got Hacked, Internal Documents Can Get Uploaded on Public Platforms

The girl says that because women always keep quiet about such incidents that happen on a daily basis, men like him continue indulging in such acts. She even refuses to accept an apology from him, hitting back saying, “I’m sorry I’m a girl.” Apparently, even after her protest, the sick man tried to touch her again.

Facebook posts (read here) say the man in question is Dr Ravin Jhunjhunwala of Orind and Shashwat Group of Companies, Singapore, but we’re not sure of that so we cannot accuse him. Let the law take its own course if and when the girl lodges a complaint. But these kind of videos should teach a lesson to such human beings who enjoy humiliating others.

Watch the video to see the Indigo Airlines male passenger hanging his head in shame and apologising to the woman he molested!