Shravan is the fifth month of the Hindu calendar dedicated to Lord Shiva. Mondays which are also dedicated to Lord Shiva becomes even more important when they fall during Shravan Maas. Monday fastings which are an integral part of the celebration are known as Shravan Somwar or Sawan Somwar Vrats. Sawan Somwar Days in 2017 began from (July 10 to August 7) for Purnimant calendar following North Indian states and (July 24 to August 23) for Amavasyant calendar following South Indian states. Shravan Somwar 2017 Vrat Vidhi like every year follows the simple Puja Vidhi of Lord Shiva and Goddess Parvati, with mantras and hymn chanted or recited every day of the holy Sawan month. Shravan Somwar Vrat Katha in Hindi which is dedicated to the Chandra Devta or Lord Moon is also read by devotees observing fast. The panchakshara Mantra “Om Namah Shivaya” should be repeated on during Monday fasts. There are many types of Shiva Mantras; each having its own purpose to serve. Sawan 2017 Wishes: Best Happy Shravan Messages, WhatsApp GIF & Greetings to Celebrate Holy Month.Also Read - Shravan Rathod, Noted Music Composer of 90s, Dies At 67

Observing fasting on all the Mondays (Somvar Vrat) during the Shravan month (June – July – August) is believed to be the most auspicious and beneficiary. Mata Parvati, Lord Shiva’s consort is the first one to begin the practice of Shravan Somwar Vrat and is engaged in worshipping Lord Shiva throughout the month making it a significant one. The followers of Shaivism and in general Lord Shiva devotees wait for the holy month of Sawan to arrive to observe the important fasts. This is utmost importance to individuals facing trouble in married life or unmarried ones seeking a perfect partner. Devotees should whole-heartedly offer prayers to Lord Shiva and carry out the Shravan Somwar Vrat Vidhi with purity. There are few mantras listed below to please Lord Shiva and seek the desired wishes. Shravan Somwar Vrat Vidhi for Lord Shiva: Fasting Rules and Significance of Solah Sawan Somwar (Monday) Vrat 2017. Also Read - Shravan 2020: What Are The Benefits of Somvar Sawan Vrat And Why it is so Important

Om Namah Shivaya Also Read - Shravan 2020: When it Will Start And What Are The 7 Things You Should Avoid During This Period

One of the most powerful Hindu mantras, Om Namah Sivaya means “‘I bow to Shiva. Shiva is the supreme reality, the inner Self. It is the name given to consciousness that dwells in all.’”. Chanting Om Namah Shivaya 108 times every day helps in bringing peace, concentration and source of divine energy. It is believed to free the person chanting from all physical and mental ailments.

The translation of Rudra Gayatri Mantra is – “Om. Let me meditate on the great Purusha, Oh, greatest God, give me higher intellect, and let God Rudra illuminate my mind.” The benefits of chanting this mantra is it eliminates fear of all kinds and keeps anxiety at bay. The powerful mantra also keeps the devotee free of all diseases and provides health and vitality. 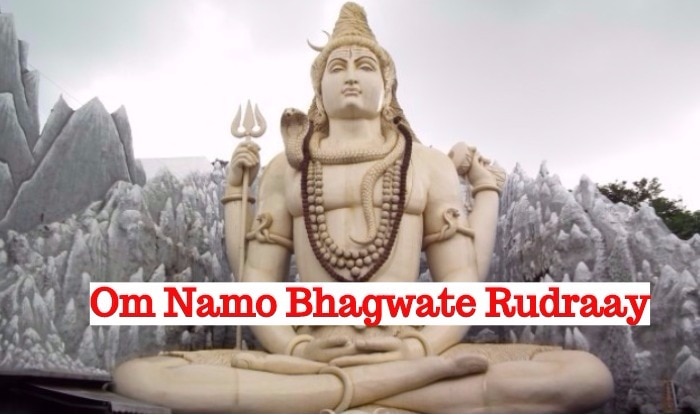 Om. We salute and respect the Three-eyed Lord who is fragrant and who nourishes and nurtures all beings. As the ripened cucumber (with the intervention of the gardener) is freed from its stalk, we pray and request you to kindly move us away from the catch of death and firmly put us in the path of salvation.

Mantras to Worship of Lord Shiva with Bael Leaves

The meaning of Shiva Dhyaan Mantra – “Ode to the Supreme One to cleanse the body, mind and soul of all the stress, rejection, failure, depression and other negative forces that one faces.” This is an extremely powerful Shiva mantra to ward off negative and evil forces by creating a strong shield against diseases, failures, fears and sorrows. 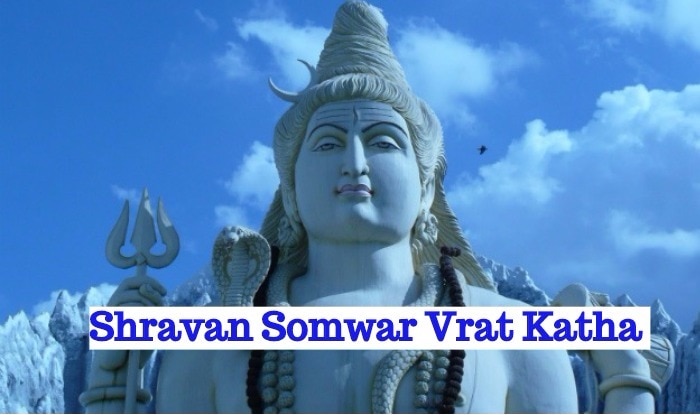 Once upon a time, a wealthy moneylender used to live in a place. He had wealth and material comforts. But only one pain troubled his heart that he was without the children. He and his wife desperately wanted any child who can continue their progenies. But there was no child in his destiny. He was also a great devotee of Lord Shiva and routinely used to visit Shiv temple on every Monday. One day Goddess Parvati (wife of Lord Shiva) requested Lord Shiva about hearing prayers of that devotee. Observing deep devotion of that devotee, Lord Mahadev blessed and offered him a baby-boy. But that offering was with one condition that the child would survive till 12 years only.

After the birth of that child, everyone was pleased except that moneylender because he knew that his boy had only 12 years of life. After 11 years, the moneylender thought to send his child to the home of the maternal uncle in Kashi for completion of education. Moneylender was aware of the death of his child. But he never broke his devotion towards Lord Shiva. He, in fact, advised his child and child’s maternal uncle to offer yangya, pooja to Lord Shiva. Maternal uncle and that boy started their journey towards home. And in all shrines possible and offered Yagya, pooja and donated to Brahmin.

In their journey, they saw a marriage ceremony. And because the groom in the ceremony had a defect in one eye, fortunately, this boy became a groom and got married to a girl of a wealthy businessman. But that boy had to go with the maternal uncle for completion of education, so he went to Kashi. One day when maternal uncle was arranging a sacred ceremony for yagya, Pooja and for donating to Brahmin, that boy felt ill. And because of his illness, his maternal uncle told him to take rest and sleep in a room. But as the boy had completed his 12 years of age, he had to give up his life. When maternal uncle saw him dead, he was in pain but thought of completing the sacred ceremony first. Fortunately, Goddess Parvati and Lord Shiva were passing through their home and saw all relatives crying. As the boy, his parents, and maternal uncle had immensely shown great devotion towards Lord Shiva and did enormous pious work, Lord Shiva and Goddess Parvati offered life to that boy, once again. And this way that boy returned home with his bride. Finding him alive his parents were glad and thanked Mahadev. Om Namah Shivaya!