Sikh groups demand a probe on Britain’s role in Bluestar 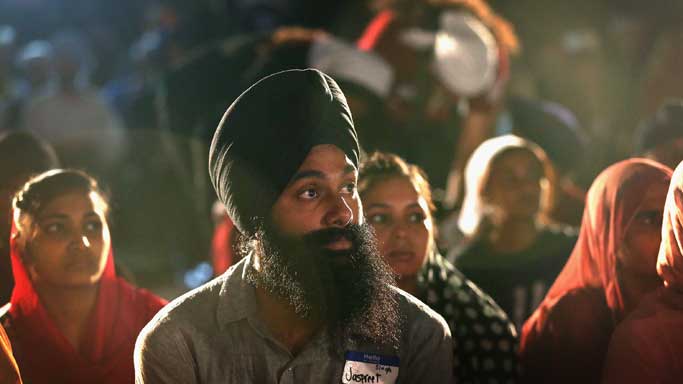 Two prominent Sikh organisations in Britain have demanded a full inquiry into the extent of the country’s involvement in the Indian army assault on the Golden Temple in Amritsar, in 1984.Also Read - BLACKPINK Becomes First K-pop Girl Group To Top Britain's Albums Chart

Sikh Federation UK and the British Sikh Council, in an open letter, argued that there were “too many serious questions that remain unanswered”, BBC reported Thursday. Also Read - Sikh Student Detained For Wearing Kirpan at US Varsity; BJP Leader Sirsa Raises Questions

Citing an investigation report by the British cabinet secretary, Hague had confirmed to parliament earlier this month that the Indian government had sought advice from Britain prior to the attack.

In his report, Cabinet Secretary Jeremy Heywood had said that Britain advised India that the raid on the Sikhs’ holiest site should only be a last resort and suggested that helicopters could be used as part of a strategy to minimise casualties.

Hague told Britain’s members of parliament earlier this month that the Indian government’s campaign had “differed from the approach recommended”, and there had been no “helicopter-borne element”.

“Every single book (on the subject) says that actually helicopter gunships were used. They were used on the 4, 5, and 6 June, 1984,” Singh was quoted as saying.

“So that starts to put a different level of complicity in terms of what parliament was told,” he said.

“So not only was the foreign secretary and the report that has been produced misleading, it was not truthful.”

Earlier, declassified documents suggested that the then Margaret Thatcher government was involved in planning the raid in the temple and an inquiry was launched last month.

Official figures put the death toll at 575, but other reports suggested that as many as 3,000 people were killed in the assault codenamed Operation Bluestar.

Hague said that Britain’s involvement had only a “limited impact” on the events.

But Singh claimed that tanks used to storm the temple had been manufactured by a British firm, and representatives of Indian Special Forces had also travelled to England to make inquiries about getting Special Air Service (SAS) training for their troops.

“But the point is, what were the British doing offering that training? Why were they welcoming those Special Forces, who actually led the operation against the Sikhs,” Singh said.

Singh argued that the cabinet secretary’s report had been “too narrowly focused”.

“It was looking at the advice that was given, but not looking at the context in which that advice was given, asking the question why was the British government contemplating providing military assistance of whatever sort,” Singh added.

The British Sikh Council’s Gurmukh Singh said the recent revelation about an SAS officer’s advice had brought the “more extreme side of the Sikh community and the moderate side together with some sort of common understanding”.

“Unless there is admission of the truth, and the whole truth is revealed, and then there is reconciliation, you cannot draw a line under 1984,” Gurmukh Singh said.

“The (cabinet secretary’s) report found that the nature of Britain’s assistance was purely advisory, limited and provided to the Indian government at an early stage,” a government spokesman said responding to the allegations. IANS