In the year 2011 on her birthday, Ekta Kapoor produced The Dirty Picture which was a biographical movie based on Silk Smitha’s entire life. On her birthday, we have listed down jukebox videos of the talented personality! 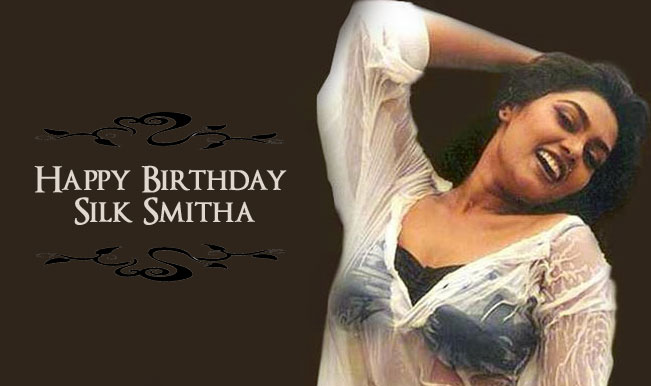 Also Read - Anupama, Pandya Store, Imlie And Other Top Shows to be Shot in Goa, Hyderabad, Bikaner Amid Janta Curfew in Mumbai

Born on December 2, 1960, Vijayalakshmi Vadlapati was well known as Silk Smitha in the Southern film industry. She predominantly worked in South Indian language movies and was noticed for her role in Tamil film Vandichakkaram in 1979. Smitha spent more than 17 years in the industry and appeared in over 450 movies in Kannada, Tamil, Telugu, Malayalam and even Hindi cinema. She became popular as a sex symbol. Unfortunately at the peak of her stardom, she committed suicide in Chennai. Also Read - Ekta Kapoor's Advice on Relationships And Breakups: There Are Advantages In Getting Dumped

Smitha had started her career as a touch-up artist for D-grade movies in the South and soon got smaller roles. Vinu Chakravarthy the director discovered her and named her Smitha. Due to a lot of sex appeal, Smitha became a cabaret dancer onscreen and was much noticed for her portrayal and success on reel life. Also Read - Ekta Kapoor Welcomes Amitabh Bachchan With 'Goodbye', Shares an Exciting Instagram Post

Smitha is still remembered for her semi-nude dance numbers and bold scenes which made her a symbol of sensuality especially in South Indian cinema. All her movies acquired cult status. Films used to sell because of Silk’s songs.

In the year 2011, on her birthday, Ekta Kapoor produced The Dirty Picture which was a biographical movie based on Silk Smitha’s entire life. Vidya Balan starred in the role of Silk Smitha and made her immortal. On her birthday, we share some songs of the talented personality that was Silk Smitha!