Overall, the trio Ajay, Kareena and Honey Singh have ruined the song completely! 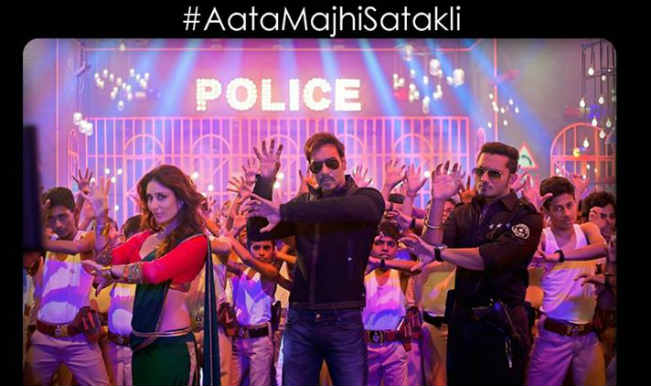 The second song of the forthcoming Ajay Devgn and Kareena Kapoor starrer Singham Returns is finally out! Ajay Devgn’s much-hyped Marathi dialogue from Singham, “Aata maajhi satakli” created a rage among the audiences as everyone went gaga over it! However, the newly released song from Singham Returns titled the same – Aata maajhi satakli – doesn’t really live up to the expectations! Also Read - Aamir Khan's Laal Singh Chaddha Postponed by an Entire Year, Will Now Have Christmas 2021 Release

In the video, Ajay Devgn and Kareena Kapoor are seen dancing to the tunes of Yo Yo Honey Singh. Dressed in a green coloured navvari sari, Kareena looks voluptuous and flabby similar to what she looked like in the Fevicol item song. Throughout the song, Ajay Devgn is seen doing nothing but just his signature step wearing the police uniform! Also Read - Sonakshi Sinha’s First Look in Bhuj: The Pride of India Poster as Sunderben Jetha Madharparya is Remarkable

Honey Singh who specialises in rap and is extremely popular amongst the masses for the same, fails to create the magic in this song!  He has experimented with his rapping style by rapping some parts of Aata maajhi satakli in Marathi, and we must say, he sucks at it big time!

Overall, the trio Ajay, Kareena and Honey Singh have ruined the song completely! The song, which also features over 100 children dressed in police uniforms, has been choreographed by Ganesh Acharya. Singham Returns, directed by Rohit Shetty, is scheduled to release this Independence Day, August 15.

Well, go witness the song yourself and leave us a comment below!