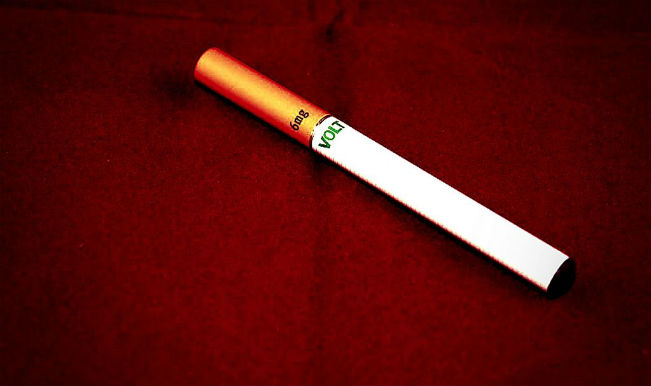 Washington, Nov 20: A new research has demonstrated that e-cigarettes successfully reduce cravings for tobacco cigarettes, with only minimal side effects. Researchers at KU Leuven University examined the effect of using e-cigs in 48 participants, all of whom were smokers with no intention to quit. The researchers’ goal was to evaluate whether e-cigs decreased the urge to smoke tobacco cigarettes in the short term, and whether e-cigs helped people stop smoking altogether in the long-term. Read- E-cigarettes turning nonsmokers to nicotine addiction: Study Also Read - Beware! Flavoured E-cigarettes Can Worsen Severity of Asthma

The participants were divided into three groups i.e. two e-cig groups, which were allowed to vape and smoke tobacco cigarettes for the first two months of the study, and a control group that only had access to tobacco. In a second phase of the study, the control group was given e-cigs and all participants were monitored for a period of six months via a web tool, where they regularly logged their vaping and smoking habits. Also Read - Cabinet Approves Ordinance to Ban E-Cigarettes, E-Hookahs

At the end of the 8-month study, 21 percent of all participants had stopped smoking tobacco entirely whereas an additional 23 percent reported cutting the number of tobacco cigarettes they smoked per day by half.

Professor Frank Baeyens asserted that all the groups showed similar results after they introduced the e-cigs, and with guidance on practical use, the nicotine e-cig offerred many smokers a successful alternative for smoking less or even quitting altogether. E-cig users got the experience of smoking a cigarette and inhale nicotine vapor, but did not suffer the damaging effects of a tobacco cigarette. The study is published in the International Journal of Environmental Research and Public Health.