On Sunday, Union minister for textiles and women and child development Smriti Irani was seen gorging on golgappas at a chaat shop in Uttar Pradesh’s Varanasi.

Varanasi: On Sunday, Union minister for textiles and women and child development Smriti Irani was seen gorging on golgappas at a chaat shop in Uttar Pradesh’s Varanasi. After the word spread, a huge crowd gathered to see her and she greeted everyone by raising the slogan of Har-Har Mahadev. Irani also did not disappoint anyone as she happily took selfies and pictures with them. The minister also thanked the shopkeeper for feeding her a customized Gol Gappa.Also Read - Priyanka Gandhi Vadra Visits Sant Ravidas Temple in Varanasi on His Birth Anniversary | See Pictures

Notably, the Union Minister was in the Uttar Pradesh city to attend an organisational meeting of BJP officeholders, MPs, MLAs of 16 districts that fall in the Kashi region. After the work meeting, Irani performed darshan at the Srikashi Vishwanath Temple on Sunday evening and then enjoyed golgappa and chaat. 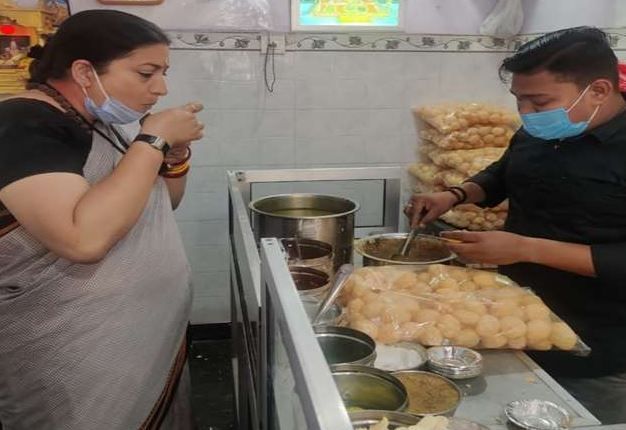 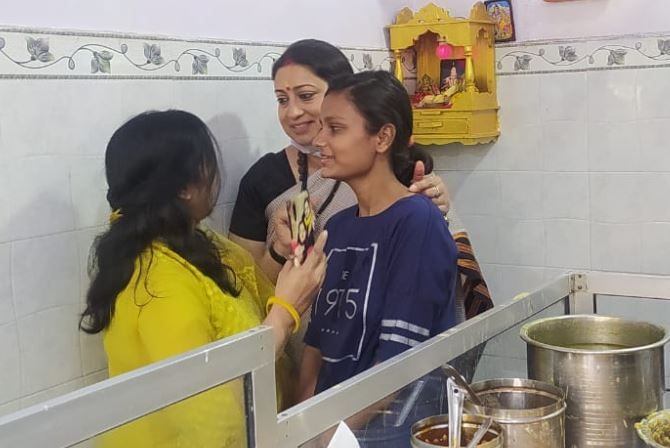 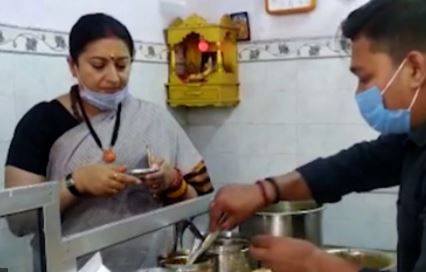 Prior to this, she had also relished Jalebi and Lassi on the streets of Banarasi and snacks in Lanka. Whenever Smriti Irani visits Varanasi, she makes sure to enjoy the special cuisine here. Later, she also shared pictures from her visit to the Mahadev Temple. “When Kashi calls #harharmahadev,” she captioned her post.