Here are some of the best Pollywood superstar Sonam Bajwa's photos where she appears in traditional looks that are perfect spring fashion staples.

Pollywood star Sonam Bajwa is not only known for her acting skills but also her voguish looks. She leaves everyone in awe with her impeccable sartorial choices. From elegantly sporting Salwar and Kameez to urban cool attires, Bajwa rocks them all. Here are some of the best Sonam Bajwa photos where she appears in traditional looks that are perfect spring fashion staples. Sonam has gracefully carried this ethnic attire during the festival of colours. Also Read - Sonam Bajwa's Sultry Videos in Hot Body-hugging Red Dress is Leaving Fans Hearts' Aflutter 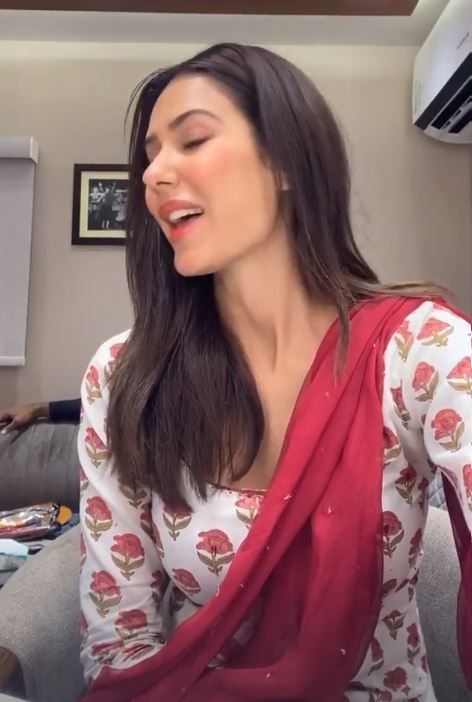 Sonam Bajwa manages to carry every look with great excellence and elegance. Touted to be one of the fittest actors in Punjabi cinema, Sonam Bajwa has a body to die for. She recently posted a workout video on her Instagram handle and we can’t keep calm. In the post, Sonam can be seen exercising with a gym ball like a boss, and also mentioned how excited she is to be more fit this year.

On the work front, Sonam was last seen in the Street Dancer 3D song ‘Sip Sip 2.0’ opposite Varun Dhawan. She was also seen in Singham, Jind Meriye. She also featured with Ayushmann Khurana in the music video ‘Naah Goriye’. She will be next seen in Main Viyah Nahi Karona Tere Naal.