Sonam Kapoor enchants at the IWC Schaffhausen gala in Geneva, shows us why she is an eternal fashionista! (View pictures)

Sartorial is her middle name and certainly living up to it, Sonam as the brand ambassador for IWC Schaffhausen graced a gala in Geneva!

It can be safely agreed upon that the Queen of High Fashion in Bollywood is Sonam Kapoor. While her acting abilities were debatable at one point of time, she silenced critics and audiences alike with her stellar performance in the biopic Neerja last year, for which she was recently honored with the 2017 Filmfare Critics award for Best Actor (Female). But when it comes to fashion, Sonam Kapoor has only upped her antics time and again! Often styled by her sister and part time stylist, Rhea Kapoor, Sonam Kapoor’s style shenanigans border on extremities of Wow, Lo and Behold and incredible beyond words! With an enviable confidence, Sonam Kapoor has firmly planted her feet as the ultimate fashionista in Bollywood! So it does not amaze us when she was recently appointed as the brand ambassador for a luxury Swiss watch brand, IWC Schaffhausen. Shooting for the same in Geneva, Switzerland, Sonam Kapoor graced a gala hosted by the brand last evening. And boy, did she nail it or what?
Also Read - Entertainment News Today, April 1, 2020: Sonam Kapoor-Anand Ahuja’s Mushy Monochromatic Pic Amid Self-Quarantine Can Drive Work-From-Home Blues Away

Sonam Kapoor has been appointed the brand ambassador for India and Arabia along with the Lebanese Australian TV host Jessica Kahawaty. Speaking of their Da Vinci collection, Sonam took to Instagram and mused that the collection a stunning collaboration of beauty and mechanical expertise! Sharing her excitement, she expressed being honored and was in a watch heaven! Also Read - Sonam Kapoor's Sister Rhea Kapoor Misses Boyfriend Karan Boolani in The Lockdown Time, Posts Cute Photos 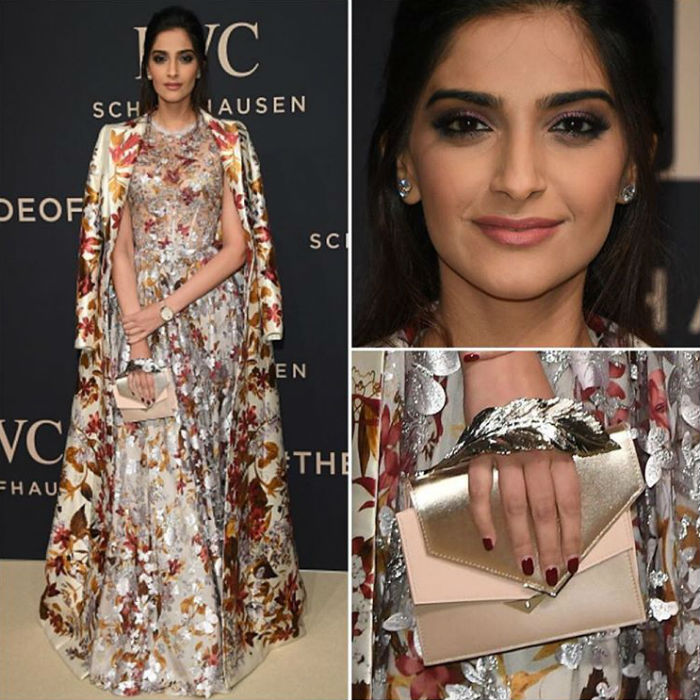 Also Read - Sonam Kapoor Reveals Why She Returned to India Amid Coronavirus Outbreak, Says 'My Father is 63'

Sheer seems to be her favorite fabric! Sonam wore an opulent sheer gown and accessorized it with a clutch, both from the designer duo Ralph and Russo’s Fall 2016 collection. The peach and gold clutch replete with a bold leaf motif as the handle was aptly adorned with Sonam’s brightly painted red nails! Adding a foliage print floor-length coat, Sonam ringed in a true blue diva aura. Going the minimal accessory way, Sonam let her gown and coat do the talking, with a watch from their Da Vinci collection and a pair of blink -it -and -you -miss- it crystal earrings. With her hair in a half pony, bold eyes and subtle lips, Sonam rounded up the look without a flinch! 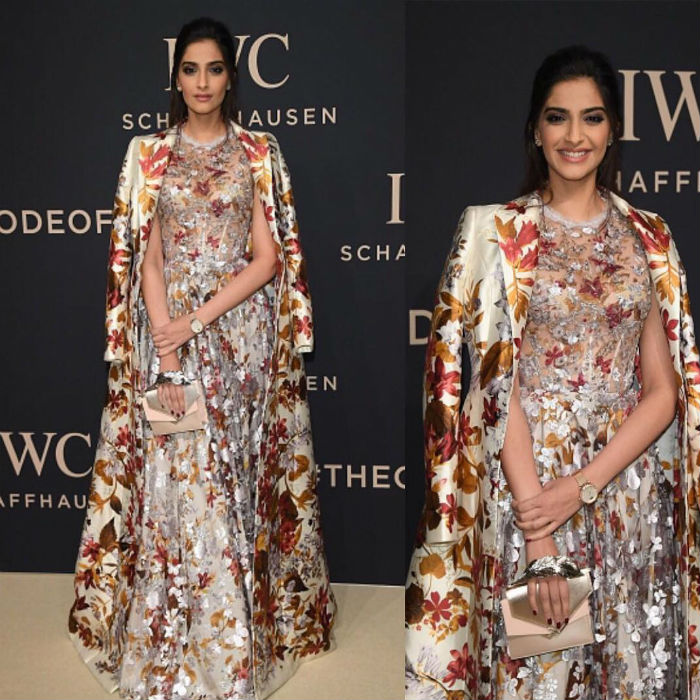 High luxe brands and their foray into red carpet events is always sought after. Keeping the fashion pundits amazed with her powerful dressing, Sonam Kapoor is a much-loved baby of some of the most sought after haute couture brands. Sonam’s appearance was intriguing, mesmerizing and incredible as always!