In comparison, the core of the Sun burns at only 15 million degrees Celsius.

South Korea’s magnetic fusion device, the Korea Superconducting Tokamak Advanced Research, or KSTAR, has set a new world record as it successfully managed to light up an artificial sun at over 100 million degrees for a record 20 seconds. In comparison, the core of the Sun burns at only 15 million degrees Celsius.Also Read - Whoa! All 144 Floors of Abu Dhabi Towers Demolished Using Explosives In Just 10 Seconds, Sets Guinness World Record | WATCH

The project is the brainchild of Korea Institute of Fusion Energy along with Seoul National University and Columbia University in the US and the milestone was reached on November 24. As per Phys.Org, the team was successful in the continuous operation of plasma for 20 seconds with an ion-temperature higher than 100 million degrees, which is one of the crucial conditions of nuclear fusion in the 2020 KSTAR Plasma Campaign. For the fusion, scientists obtained a plasma from hydrogen, composed of hot ions that exceeded the 100 million degrees temperature.

KFE has performed well over 20,000 plasma jolts since 2008. In its 2018 experiment, the KSTAR reached the plasma ion temperature of 100 million degrees for the first time, but only managed to keep it running for around 1.5 seconds. 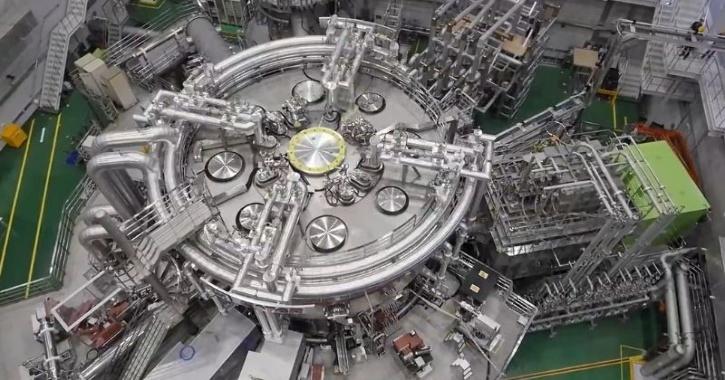 Notably, these fusion devices such as the KSTAR, are used to understand fusion reactions that occur inside the Sun. The ultimate goal is to make nuclear fusion power a reality, which is possibly a limitless source of clean energy.

Director Si-Woo Yoon of the KSTAR Research Center at the KFE explained, “The technologies required for long operations of 100 million- plasma are the key to the realization of fusion energy, and the KSTAR’s success in maintaining the high-temperature plasma for 20 seconds will be an important turning point in the race for securing the technologies for the long high-performance plasma operation, a critical component of a commercial nuclear fusion reactor in the future.”

Dr Young-Seok Park of Columbia University further added, “We are honoured to be involved in such an important achievement made in KSTAR. The 100 million-degree ion temperature achieved by enabling efficient core plasma heating for such a long duration demonstrated the unique capability of the superconducting KSTAR device, and will be acknowledged as a compelling basis for high performance, steady-state fusion plasmas.”

But they are aiming for more! The goal of the KFE is to sustain fusion ignition for 300 seconds with ion temperature of over 100 million degrees Celsius by the year 2025.