7 spikes on the Statue of Liberty's crown represent the 7 oceans and the 7 continents of the world, indicating the universal concept of liberty. 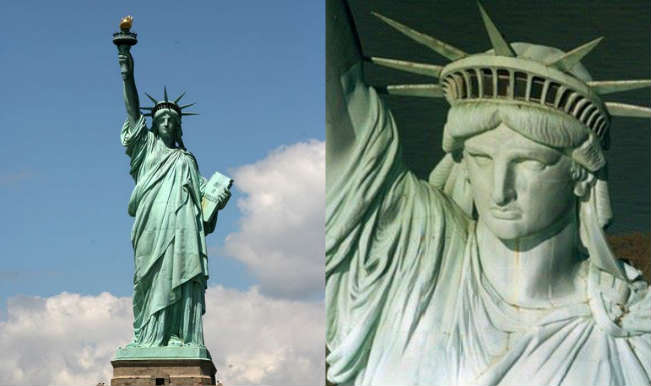 The Statue of Liberty is one of the most recognizable monuments in the world. Think of America, and the first image that pops in your mind is the Statue. But how much do you actually know about the Lady? Read on to know some interesting facts about the tall statue. Also Read - Statue of Unity in Gujarat Drawing More Tourists Than Statue of Liberty In US

2. The Statue of Liberty was originally intended for Egypt! The Statue of Liberty was originally meant to look like an Arab peasant and to be at the entrance of the Suez Canal in Egypt and her flame was to symbolize the light she was bringing to Asia. The sculptor, Barthaldi, fell in love with the Middle East and all it entailed in 1855. Barthaldi returned to Egypt in 1869 with the blueprint of giant statue of a woman that would double as a lighthouse at the entrance of the Suez Canal. Egypt wasn’t reaping any of the monetary benefits of the canal even though it was located in Egypt. Barthaldithus realized that he could never put his statue in Egypt, because they didn’t have the financial means. He was heartbroken and sailed to New York. As his ship entered New York Harbor, Barthaldi spotted the deserted, oval island of Bedloe. It was perfect for his statue. The French and the Americans were friends and between the two of them, they paid for statue. The statue was revamped and sent to the U.S. 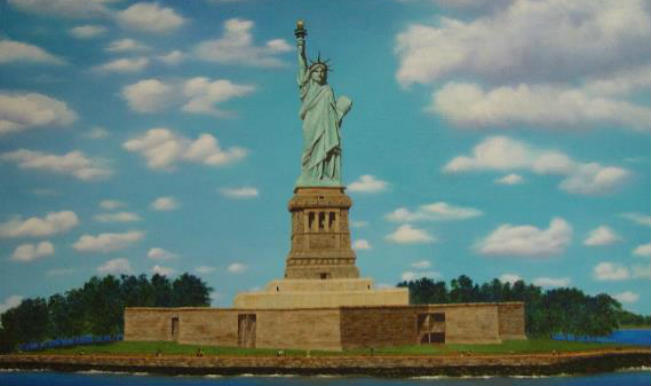 3. 7 spikes on the Statue of Liberty’s crown represent the 7 oceans and the 7 continents of the world, indicating the universal concept of liberty.

4. The original torch of the Statue of Liberty was replaced in 1984 by a new copper torch covered in 24k gold leaf. This was done to give the flame a distinct color from the rest of the statue.