Sumeet Vyas Parachuting ‘up Above The World so High’ is All The Vibrant Digital Getaway You Need This Saturday!

Sumeet Vyas-Ekta Kaul's Taiwan getaway is all we wish for ourselves this weekend, viral pictures and videos of hot air balloon stunt sets the Internet fantasising

Honouring the web every now and then with his talent-high performances, the latest being TVF’s Tripling and Suno, actor and web sensation Sumeet Vyas is currently unwinding with his better half and actor Ekta Kaul in Taiwan. In time for the Taitung Hot Air Balloon Festival, the lovebirds flooded the Internet with their latest getaway pictures and videos and fans can’t help but drool over all those dreamy frames.Also Read - Khatron Ke Khiladi 11 Fame Abhinav Shukla Confesses Being ‘Borderline Dyslexic, Differently Abled’ After Failing In Task

From giving an overview of the field where the festival was taking place to allowing fans into a sneak-peek into his hot-air balloon and faking the scared expression as the balloon soared heights, Sumeet kept teasing fans with his latest posts from the day. However, nothing beats the frame that Sumeet and Ekta painted with their love as the two kissed before a multi-coloured hot-air balloon. Also Read - Amol Parashar Speaks on ZEE5 Attracting Youth With TVF Collaboration as Tripling 3 Set to Stream on Platform | Exclusive 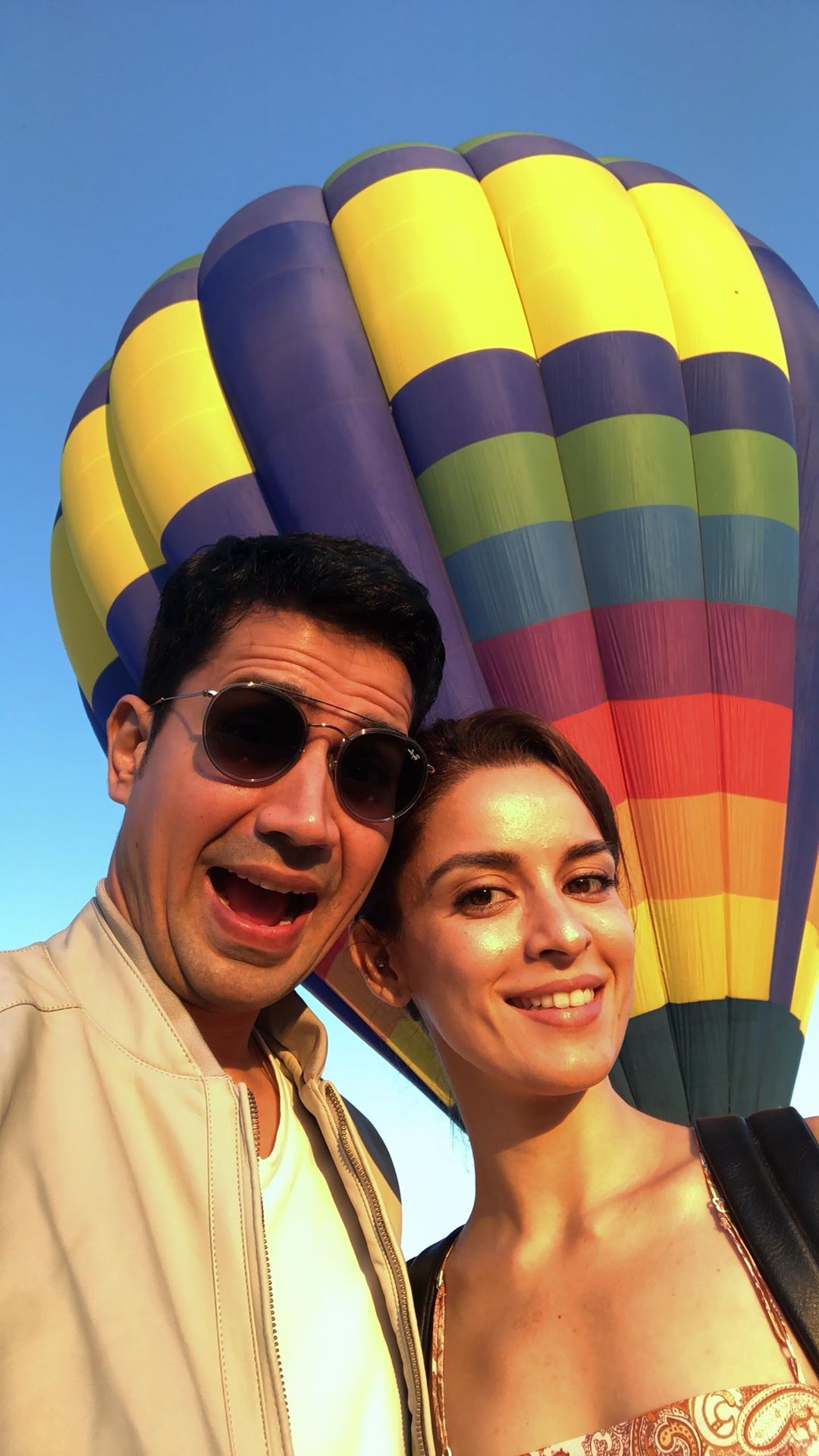 Permanent Roommates star Sumeet Vyas tied the knot with actress Ekta Kaul in Jammu last year in September and the pictures from their dreamy wedding looked too royal to handle. Ekta had opted for a maroon lehenga, which she teamed up with a peach dupatta while Sumeet looked dapper in a cream-coloured sherwani. Needless to say, they looked like a match made in heaven and ever since, keep flooding social media with their PDA. Both look head over heels in love in all their posts and fans can’t help but gush.

Sumeet was earlier married to actress Shivani Tanksale. However, things didn’t work out between the two and they decided to part ways. They had reportedly filed for divorce in 2017.

On the professional front, the actor rose to fame after playing the lead in web series, Permanent Roommates. He then went on to feature in many shows which won him consistent accolades. Sumeet was last seen in Bollywood, in Rhea Kapoor’s Veere Di Wedding opposite Kareena Kapoor Khan. The movie did a decent business at the box office.