Even as the Cricket Board is looking to finalise Team India coach after the departure of Duncan Fletcher, former captain Sunil Gavaskar today said that the team required a mentor rather than a coach. 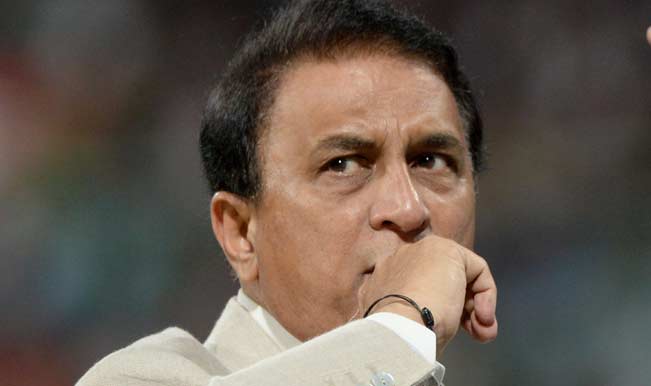 Also Read - Brisbane Test: Rohit Sharma Has 'No Regrets' On His Dismissal vs Nathan Lyon in Fourth Test at The Gabba, Says I Will Keep Playing Such Shots

Mumbai, May 29: Even as the Cricket Board is looking to finalise Team India coach after the departure of Duncan Fletcher, former captain Sunil Gavaskar today said that the team required a mentor rather than a coach. “You need somebody like a mentor. At the international level you need something like that. You need the coach at the junior level when you are getting up and looking for a career (in cricket). That is to correct the technical faults and stuff like that,” said Gavaskar here. Also Read - IND vs AUS 2021: Sunil Gavaskar Slams Rohit Sharma For 'Irresponsible Shot' in Brisbane Test on Day 2, Says You're a Senior Player, There's no Excuse For This

“At the highest level you need someone who puts his arm around you and tells you this is the way to do this,” added the former India opener after launching the book ‘As Luck Would Have It’, written by another former Test opener, Madhav Apte, at a well-attended function. Also Read - Brisbane Test | Inexperienced Indian Bowling Attack Was Committed to Task on Day 1: Sunil Gavaskar

Speaking about the book, Gavaskar recalled how ‘luck’ played a big part since early on in his life. Terming how one of his relatives found out and rectified the baby switch – that saw him lying next to a fisherwoman before being restored to his birth mother – as a stroke of luck, the legendary opener recalled his first series in the West Indies where he enjoyed large slices of fortunes on way to make a record tally of 776 runs. (Also read: Sunil Gavaskar’s refrence to Anushka Sharma during IPL 2015 slammed by Twitteratti)

Gavaskar recalled how a fielder of the calibre of Sir Garfield Sobers dropped a few catches off his bat and allowed him to get a flying start in his career while at the same time pouching a great catch to send back fellow-opener Kenia Jayantilal who opened in the first Test of the 1971 series, which he (Gavaskar) did not play.

Gavaskar also said that when he flopped in his first Ranji Trophy game, before India’s tour to Australia in 1968, it was Apte who was recalled to the side and he did not get to play another first class game for more than two years during which time he tightened up his play.
“Can you tell me a reason why someone who scored over 460 runs (Apte) in the Test series in the West Indies in 1953 (including a knock of 163 not out at Port of Spain) never played for India again. That was a time when such scores were recorded against India and not by an Indian batsman,” he said, mentioning about the mystery that still exists over Apte’s abruptly ended Test career.

Apte, however, did not touch on this subject at all at his keynote address. Praising Gavaskar profusely, Apte said that the former India opener, like the great Jack Hobbs of England, could make an error of judgement but there was no error of grammar in his batting. “Regardless of the conditions, you were a master, Sunil. You took on the West Indies pace battery without any body protection and scored so many runs. That showed class and you were a class batsman,” he said.

“Writing a book is like giving birth to a child, a painful process. I have shared my experiences of 70 years of playing, watching and following cricket. I was also interested in playing other games,” said the former Test opener. “It was Vijay Merchant, who gave me the prize after I won a doubles title at the P J Hindu Gymkhana, who told me to concentrate on one game, cricket,” added the 82-year-old Apte who played 7 Tests, scored 542 runs and averaged close to 50.