Sunny will soon be seen grooving to a special dance number with Malayalam megastar, Mammootty in the south Indian action film Madhura Raja

Bollywood actress Sunny Leone has recently attended the launch of Dabboo Ratnani calendar 2019. For the event, she opted for a casual panda top and a below-knee length black skirt. She has accessorised her look with a trendy belt wrapped around her waist, jewellery and a red clutch bag. The wavy hair and subtle makeup went perfectly with her outfit of the day.Also Read - Bhool Bhulaiyaa 2 Release Date Out: Kartik Aaryan-Kiara Advani Starrer To Release Next Year

In one picture, she was spotted holding her picture from the celebrity photographer’s photoshoot and in another, she and Kartik Aaryan look adorable in the candid conversation as they get clicked by paparazzi. Needless to say, she rocked her look like a diva. Also Read - Sunny Leone Beats the Mid-Week Blues With Her Treadmill Workout Session 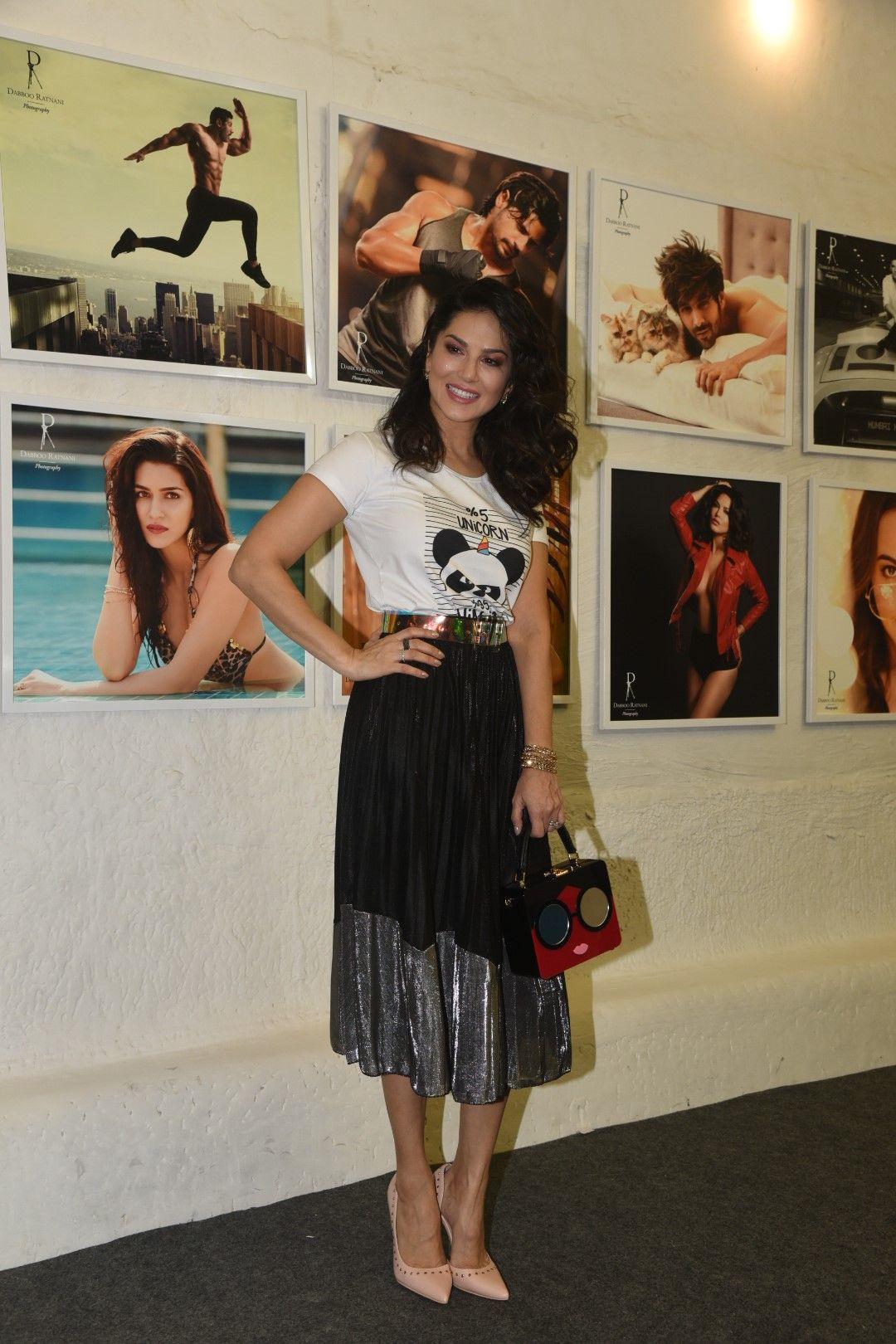 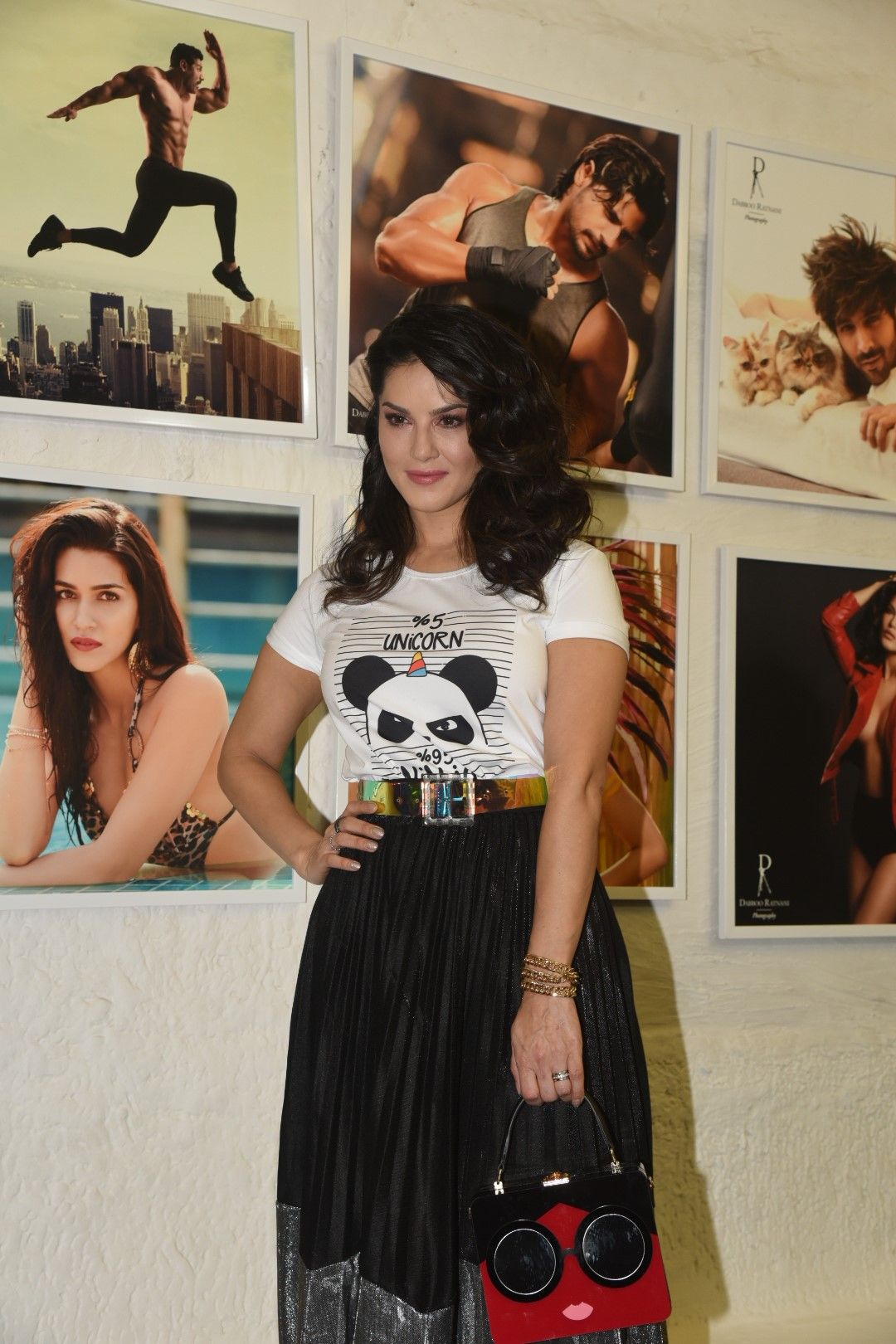 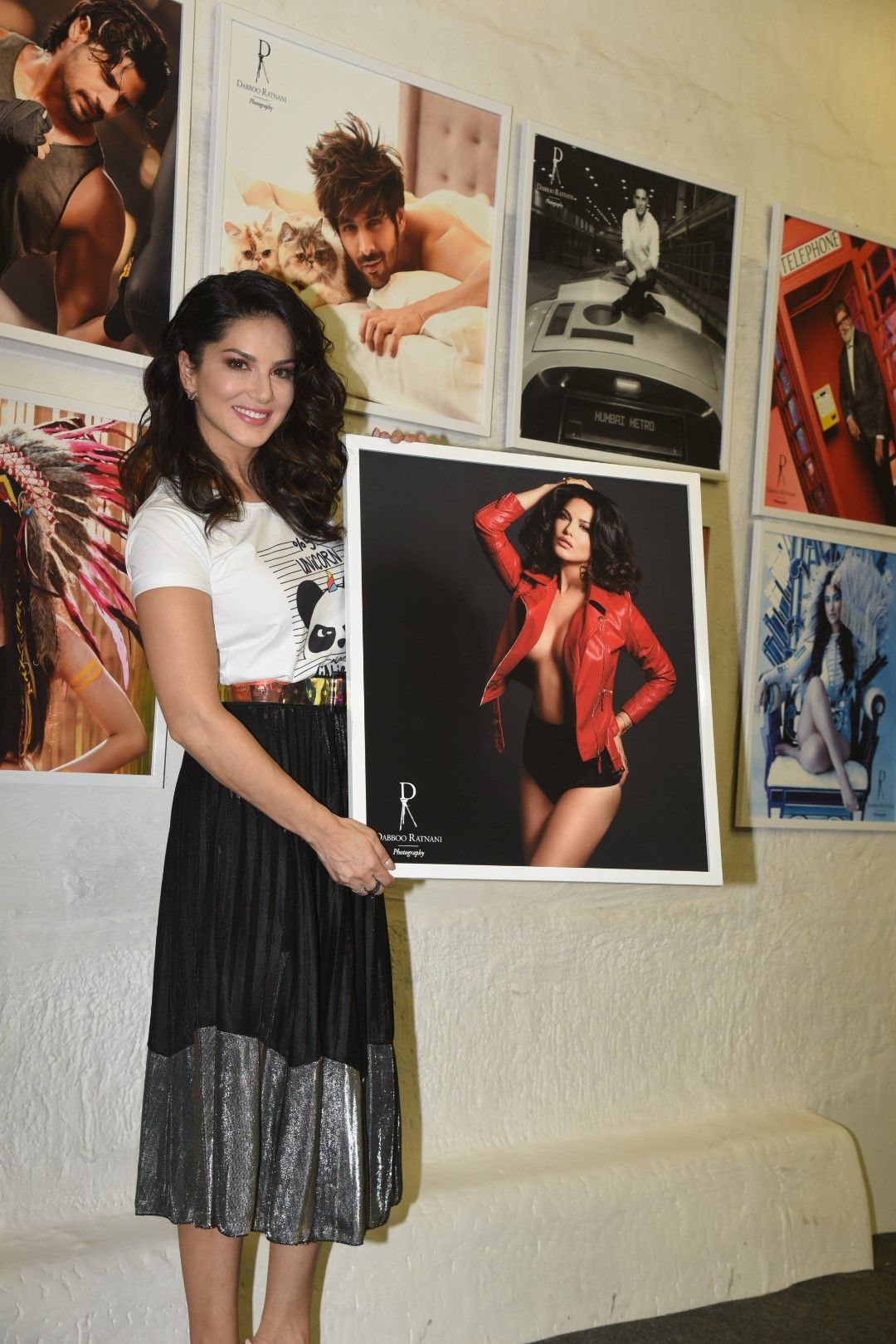 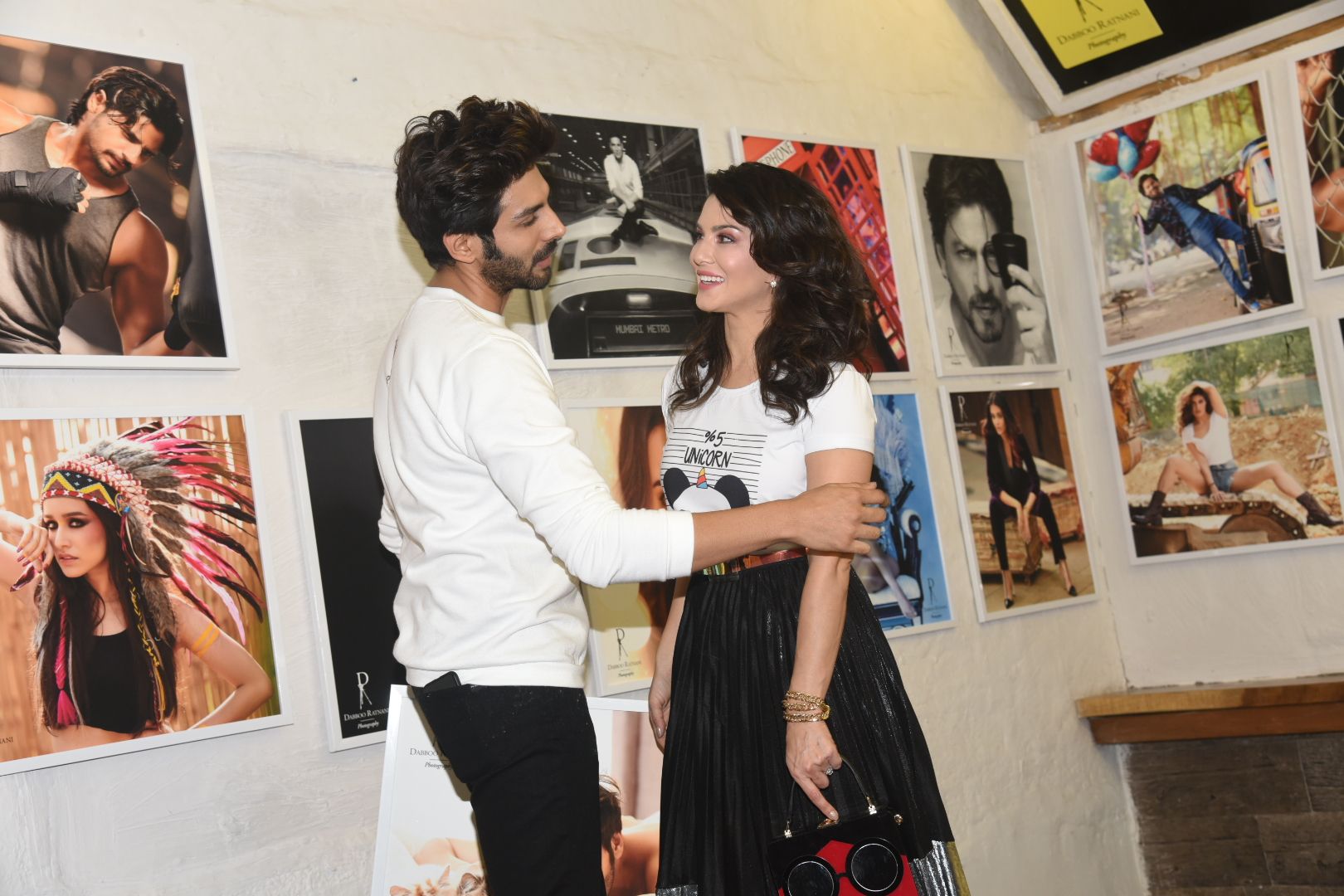 Earlier, she has also shared her picture from the Dabboo Ratnani calendar and looked smoking hot in the semi-nude photo. For the photoshoot, she wore a red leather jacket teamed up with the black-coloured brief. She captioned her post, “Here it is everyone!! Love my shot in the 2019 #DabbooRatnaniCalendar @dabbooratnani @manishadratnani makeup and hair by @tomasmoucka” (sic).”

Sunny will soon be seen grooving to a special dance number with Malayalam megastar, Mammootty in the south Indian action film Madhura Raja.

Recently, the actress was in news for not returning Rs 5 lakh signing amount by Patel Ki Punjabi Shaadi produced Bharat Patel. Reportedly, she has failed to return the amount that she had taken to do a special dance number in the film.

Bharat in a statement said, “According to the deal, Sunny was supposed to be paid a total of Rs 40 lakh for the song – Rs 5 lakh as signing amount, Rs 5 lakh after the look test, Rs 10 lakh during the rehearsals and the remaining Rs 10 lakh during the promotions. Sunny was paid Rs 5 lakh as the signing amount but after that when she was called to discuss the dates with the other actors and the other details that needed to be finalised before the shoot, she did not respond to the production team’s calls and messages”.

On the work front, Sunny is currently hosting MTV Splitsvilla Season 11 with Rannvijay Singh. Her upcoming film, Veeramahadevi, has faced a serious backlash with the movie posters being burned down South. People in Karnataka are not happy as she portrays the role of a Goddess in the movie given that she is a former adult entertainer.