Sunny Leone would be a priestess #In a parallel world

Twitter has gone ablaze with the text that we have created memes for you to enjoy. 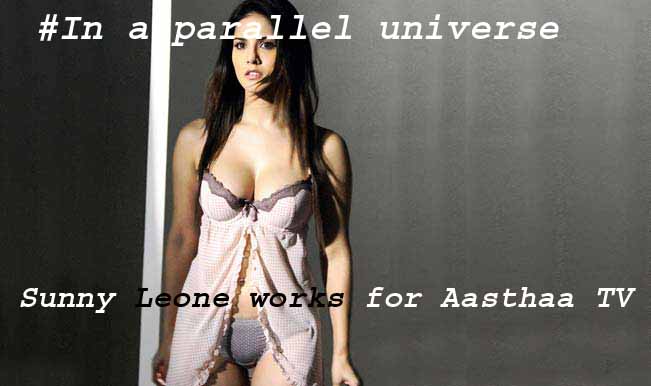 From the idiocy of the Rahul Gandhi Interview with Arnab Goswami to Sunny Leone’s omnipresent charm on the internet, the social media went crazy criticizing and jokes went viral on the youth leader of Congress. The 500 crore investment also couldn’t help Rahul Gandhi make a good impression and it all seems to have gone in vain as tweeple resort to a new trend of focusing on what things would be like in a parallel universe. Also Read - Congress Leader Rahul Gandhi Pays Last Respects to Former Assam Chief Minister Tarun Gogoi

Ranging from Sonia Gandhi’s innocence to Rahul Gandhi’s intelligence, Twitter has gone ablaze with the text that we have created memes for you to enjoy. Also Read - Congress Leader Ahmed Patel's Last Rites To Be Held At His Native Village In Gujarat's Bharuch

Check out the memes here Also Read - Congress Facing Another Leadership Crisis or Just Looking For Reform? Here's What we Know