Television actress Hina Khan recently attended the launch of Dabboo Ratnani calendar 2019. The event was graced by many Bollywood and television celebrities including Kriti Sanon, Kartik Aaryan, Sunny Leone, Rekha, Vidya Balan, Farhan Akhtar, Karanvir Bohra, Priyank Sharma among others. For the launch, Hina opted for a short pink outfit teamed up with high nude heels. Several pictures of her surfaced the social media and are going viral. Also Read - Hina Khan in Mirzapur: Actor Wants to do a UP-Based Role With 'No Fashion' And 'Typical Accent'

In one of the pictures, she is posing with her best friend Priyank Sharma while in other she is being kissed on the cheeks by Karanvir Bohra. She has also shared her couple of pictures on Instagram stories. She is seen posing sensuously against the mirror revealing her look for the launch. Also Read - Hina Khan Shares Heart-warming Video Depicting Her 12 Years of Glorious Journey, Says 'Fans Make It Worthwhile' 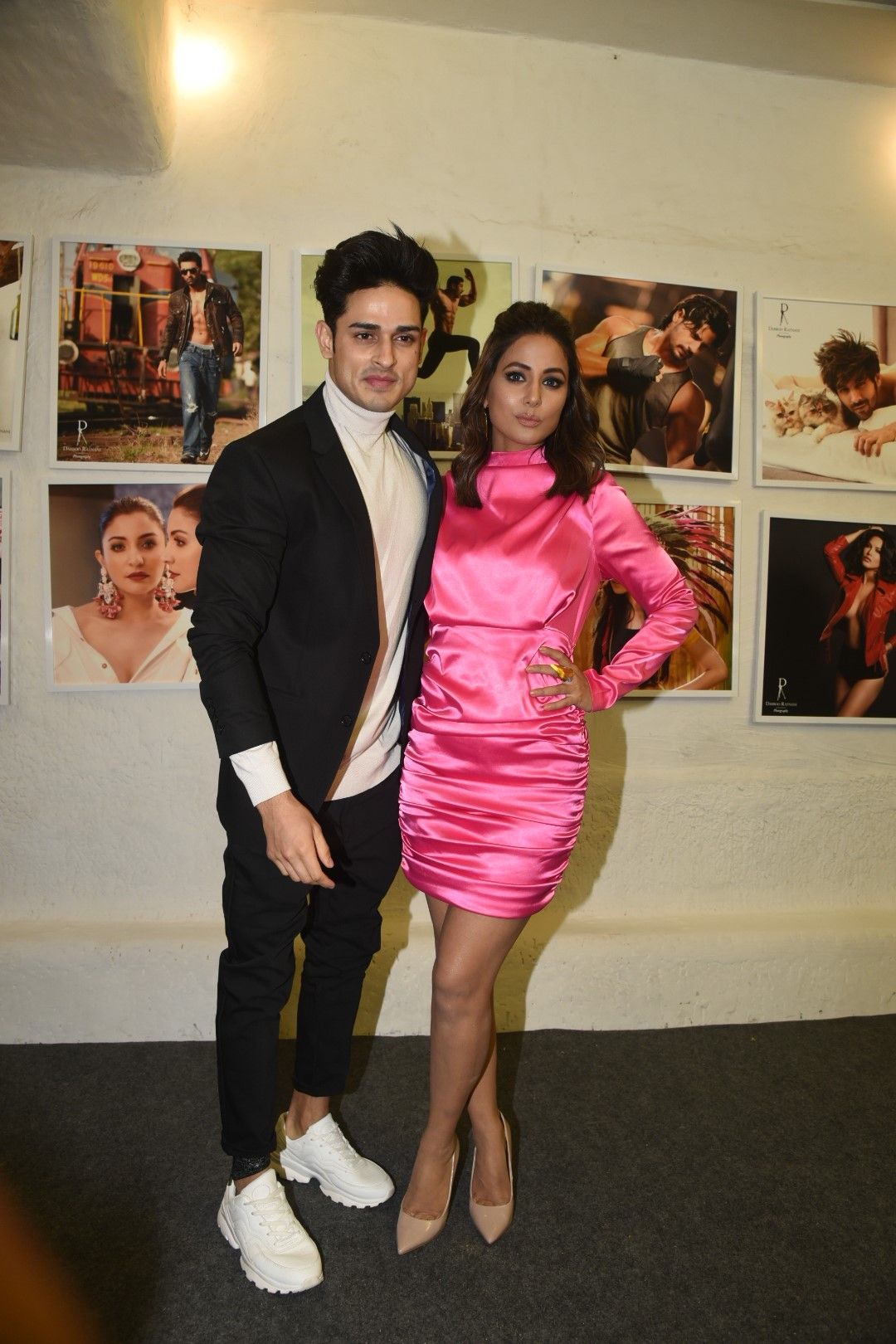 The short hair and subtle makeup go well with her dress. She has carried her short pink dress with utmost grace and elegance. Also Read - Yeh Rishta Kya Kehlata Hai: Akshara-Naitik To Naira-Kartik, Here's How The Show Transformed in 12 Years 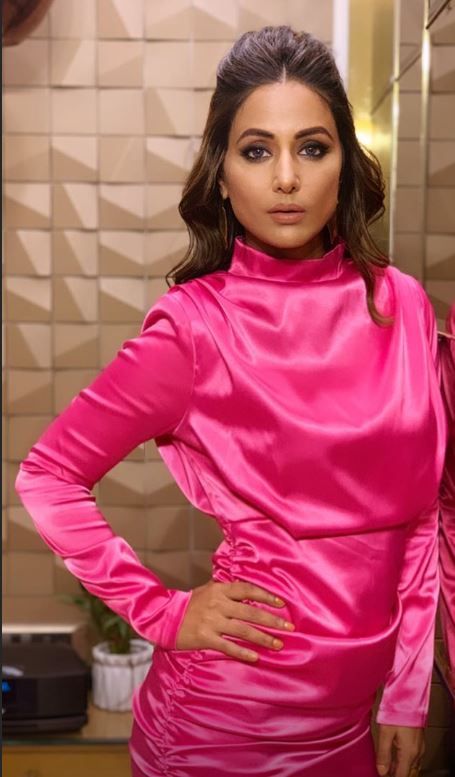 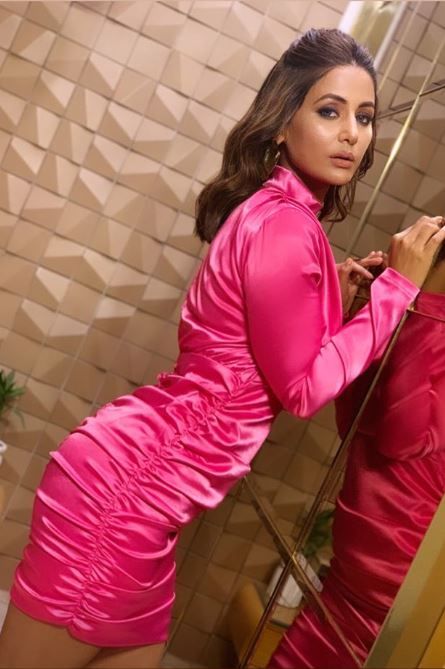 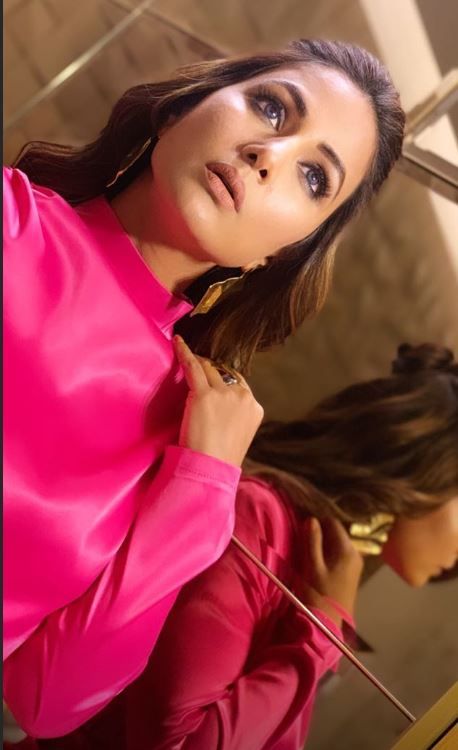 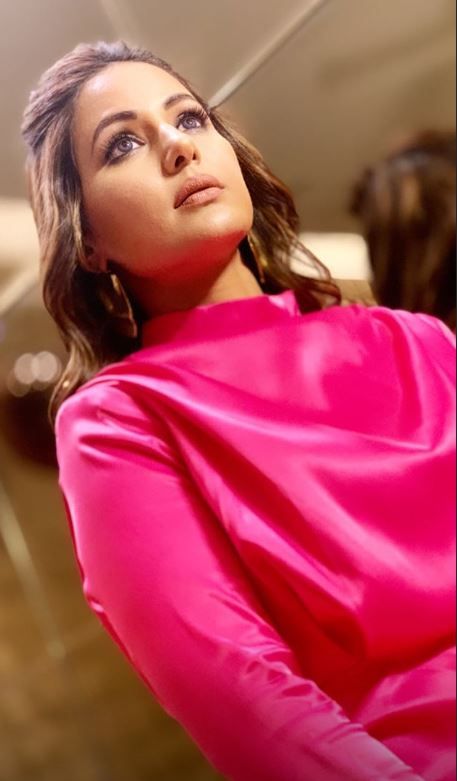 She also took to Instagram to share her pictures. She captioned her post, “The colour pink makes everything look pretty🌸 #AttitudeHaan #AboutLastNight Thankyou @dabbooratnani and @manishadratnani for having me and many more years to come.. #DabbooRatnaniCalender2019 Outfit: @madaboutyou.in Jewellery: @minerali_store Stylist: @akankshakawediastyle.”

Earlier, a video of her has taken the internet by storm where she became the ‘Celebrity’ Styling Expert’ for her beau Rocky Jaiswal. In the video, she is pampering him by styling his hair and its the cutest thing on the social media.

Hina is also all set to feature on the cover of a wedding magazine donning different Indian bride outfit. Her photoshoot definitely gives a cue to the would-be-brides to dress up this wedding season. As per her description, the creative direction was by stylist Mirza, creative design by Avi Sehmbi, hair and make-up by Divya Seth Suri, the shawl by Alexaandra West, the jewellery by Tehxeeb London and The Lotus London- Lotus brides.

On the work front, the actress is making people crazy with her Nikka swag. Kasautii Zindagii Kay features Erica Fernandes and Parth Samthaan in crucial roles. This is for the first time she is playing an antagonist. The lady is gearing up for her Bollywood debut as well. Titled as Lines, the film also features veteran actress Farida Jalal. It is directed by Hussain Khan, written by Rahat Kazmi and Shakti Singh.