Since her last show, Bepannaah has gone off the air, the actress has been seen chilling around and travelling to different locations

Television actress and everyone’s heartthrob, Jennifer Winget who is currently busy with her new project, has recently shared pictures flaunting her style statement. The photos are proof that she has now donned a new look with wavy short hair and looks absolutely stunning. In one picture, Bepannaah actress is seen donning a black crop top teamed up with denim and fur jacket. Her pose game is bang on and she will make you drool over her once again.Also Read - Jennifer Winget Tests Positive For COVID-19, is Asymptomatic: 'Down But Not Out'

In another picture, she is seen wearing a white silk dress. With messy hair, sports hair and seductive look, she will take your breath away. Also Read - Jennifer Winget Oozes Oomph in Sultry White Deep-Neckline Monokini, Leaves Fans Gasping For Breath

On Valentine’s day, she also took to Instagram stories to share her sultry picture in a sheer black dress and looked hot like never before. Also Read - Jennifer Winget Brings Second Season of CODE M, Shares Teaser on Army Day

You *walked* into my life and made me realise why it never worked out with anyone else 😉 Everyone, this is what love looks like @skechersindia Singletons, put your best foot forward this Valentine’s (and everyday before and after!) 🥰 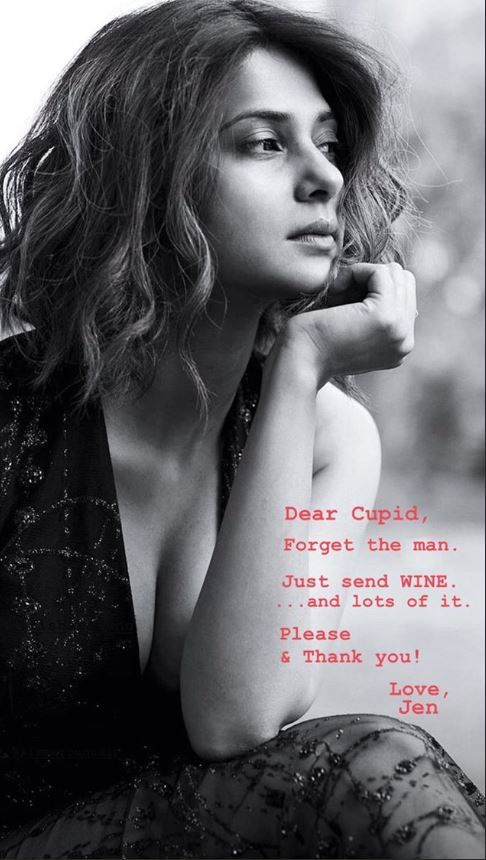 Earlier, a video surfaced the social media where Jennifer can be seen dancing to Lamberghini song with her gang. Her dance moves are to die for. Dressed in beach wear and sexy pink sunglasses, she looked stunning AF. It looks like Jennifer’s favourite city is Goa because in every six months she posts pictures chilling on the beaches of Goa.

Since her last show, Bepannaah has gone off the air, the actress has been seen chilling around and travelling to different locations. Her pictures will make you see her wanderlust!

Jennifer was last seen in Bepannaah along with Harshad Chopra. In fact, people really appreciated her chemistry with Harshad. The show went off-air and talking about it she said, “The show ended in seven months and I think we could have given it a better ending, as I felt it was a bit abrupt.” Now, people are eagerly waiting for Jennifer’s new project.

She is one of the most popular faces of the small screen. She received praises for her performance in shows like Dill Mill Gaye and Saraswatichandra. The lady proved her acting prowess with Beyhadh in which she played the role of an obsessive lover.