Jennifer Winget, who is on a vacation spree, is now holidaying in England

Television actor Jennifer Winget, who is on a vacation spree, is now holidaying in England. She has shared her couple of pictures on Instagram and looks gorgeous as she explores the country. Dressed in a black round-neck top and denim, she teamed up her look with a long overcoat and black boots. The short hair compliments her look perfectly. Also Read - Jennifer Winget Oozes Oomph in Sultry White Deep-Neckline Monokini, Leaves Fans Gasping For Breath

Sharing the pictures, she wrote, “We’re all hitchhikers at some point, somewhere….And on that note, here’s looking back at #Bath already. next stop, Bristol!” Also Read - Australia Women's Cricket Team Sets a World Record of 22 Consecutive ODI Wins

Since her last show, Bepannaah has gone off the air, the actor has taken a break and is travelling. She has also kept her fans updated by sharing her vacation pictures on Instagram. Also Read - Can Pull my Body for Another two to Three Years: Umesh Yadav

We’re all hitchhikers at some point, somewhere….And on that note, here’s looking back at #Bath already. next stop, Bristol! 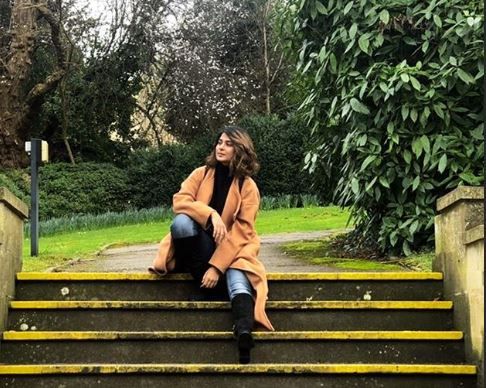 She also took to the Instagram story to share morning tea time with her fans. In the picture, she is seen wearing a white bathrobe and is getting indulge in delicacies with a friend. 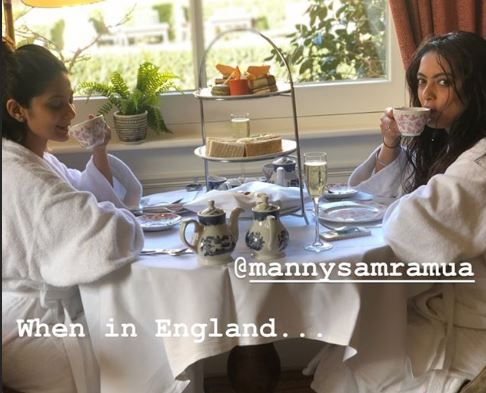 Earlier, Jennifer went live on Instagram and she had a “special friend” along with her. It is non-other than her Dill Mill Gayye co-star Karan Wahi. Jennifer started the video creating suspense. She then revealed the person she is with and introduced Karan to her fans. She even revealed that the two have teamed up after nine long years for a project. Though she did not reveal what the two are working on, but she did reveal that fans will get to see them on digital media soon. It was a hilarious video where the two can be seen getting candid and just randomly conversing.

On the work front, Jennifer was last seen in Bepannaah along with Harshad Chopra. In fact, people really appreciated her chemistry with Harshad. The show went off-air and talking about it she said, “The show ended in seven months and I think we could have given it a better ending, as I felt it was a bit abrupt.” Now, people are eagerly waiting for Jennifer’s new project.