The Ishaqzaade actor's rugged look and staunch body coupled with Shruti Hassan's groovy moves make Madamiyan one of the most dhamakedar song of the year! 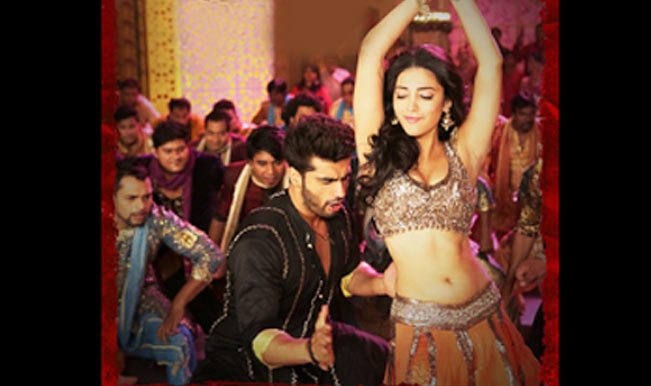 Madamiyan song from Arjun Kapoor and Sonakshi Sinha starrer Tevar is out! The dhamakedar song features Arjun Kapoor and Shruti Haasan who are seen dancing to the tunes of Mika Singh and Mamta Sharma. Every girl deserves a Mad Lover and there’s no one better than our very own Agra ka Pintoo! Also Read - Siblings Arjun Kapoor- Sonam Kapoor score hat-trick with Worst Actor nominees for Golden Kela Awards!

Shruti Haasan, who has delivered a very thanda performance in her previous films is back with a bang! The actress looks nothing less than a pataaka as she shakes a leg with Arjun Kapoor. The Ishaqzaade actor’s rugged look and staunch body coupled with Shruti Hassan’s groovy moves make Madamiyan  one of the most dhamakedar song of the year! Also Read - Arjun Kapoor: Have a fear of giving up

Directed by Amit Sharma Tevar is touted to be a rehash of Okkadu, a Telugu film, directed by Gunasekhar. Okkadu is a 2003 film with Mahesh babu and Bhoomika Chawla in lead roles. Boney Kapoor, Sanjay Kapoor, Sunil Lulla, Naresh Agarwal and Sunil Manchand have collectively produced the action film. Arjun Kapoor and Sonakshi Sinha will be seen sharing screen space together for the first time in this Boney Kapoor film. Slated for January 9, 2015 release, the movie also stars Manoj Bajpayee, Kader Khan and Shruti Hassan.