The 7 most iconic cartoon villains of all time

A hero is incomplete without its nemesis and life would surely be very dull if there were no troublemakers around. The same is true for the cartoon world, where villains really spice up things. Cart 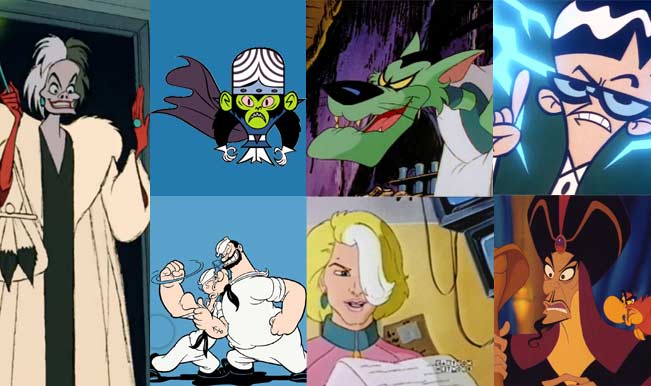 A hero is incomplete without its nemesis and life would surely be very dull if there were no troublemakers around. The same is true for the cartoon world, where villains really spice up things. Cartoon villains range from a deranged monkey to, a beefcake sailor and a genius student. We look at some of the villainous characters we love to hate:

Popeye’s arch-nemesis and the main hurdle between him and his love interest, Olive Oyl. Always seen flexing his muscles and trying to woo or sometimes kidnap Olive, Bluto is one beefy, robust and thick-bearded bad guy.

A half-kat, half-snake, Dr Viper was not always the same. A lab accident at Megakat Laboratories turned into the monstrous Dr Viper and since then he has been creating more mutants looking to destroy Megakat City and turn into Mutation City.

Mojo Jojo was a loveable monkey and the apple of Professor Utonium’s eye till the Powerpuff Girls were born. He has every reason to hate the girls. Chemical X which gave the girls their power, mutated him giving him a supersized brain and green skin. Since then he has hatched several plans against the trio to destroy them. His iconic Mojo Jojo laugh has scared many children over the years.

Dr Blight is scientist in skin-tight jumpsuits and has an amazing figure. One of the few female antagonists out there, she is known for his flirtatious behaviour. She is out to destroy the environment does so with innovative technological ways to curb ecology.

Who can forget Mandark’s famous laughter whenever he got one over Dexter? He is Dexter’s arch-rival is rather weirdly fascinated with his sister Dee Dee.

This iconic fictional character really sends a chill down our spine and makes us believe that she is almost real. Just the thought of skinning small puppies for their soft fur is eerily scary. She truly epitomizes the sadistic, cruel and heartless female. Not only greedy but also a tormentor, she is one of the  most remembered cartoon villains of all time.

“All shall bend to my will. The world is mine to control!” Jafar wants to rule and ultimately be the master of the universe. Always seeking revenge on Aladdin and his friends, he leaves no stone unturned to make their lives miserable. He even turned into an a powerful red coloured genie once in order to fulfil his wish of conquering all.

Love them or hate them but you simply cannot ignore them!