The Good Dinosaur trailer: Heartwarming adventure of Arlo and the caveboy

The Good Dinosaur explores what would have occurred if the good ol' dinosaurs would’ve still been around. 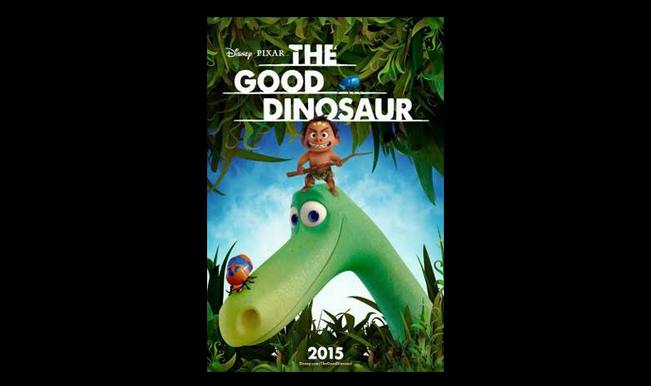 Also Read - Yes! Asteroids Killed The Dinosaurs And Not Volcanoes, Says Study; Researchers Say 'It's the Only Plausible Explanation'

The trailer of The Good Dinosaur, the new animation movie of The Walt Disney Studios and Pixar Animation Studios, has been released. Seeing the teaser itself on June 2, 2015, we were excited about the movie. Who says dinosaurs are only bad to humans? Why should all (or most) dinosaur movies show the extinct animals in bad light? If you see The Good Dinosaur trailer, you will forget Jurassic Park and Jurassic World. Also Read - Earth's Eighth Continent? 2020 Brings New Surprise as Maps of 'Zealandia' Released in Latest Data

The Good Dinosaur has been created with a different philosophy where a dinosaur named Arlo saves a human being – a little caveboy. It will remind you of cartoon series of dinosaurs. The monsters, who inhabited Earth millions of years ago, are believed to have gone extinct when an asteroid hit the planet. Also Read - RIP Rob Gibbs: Man Behind Finding Nemo-Toy Story Dies at 55, Reason of Death Unknown

The Good Dinosaur explores what would have occurred if the good ol’ dinosaurs would’ve still been around. It would’ve have been fun, we say! Watch the official trailer of The Good Dinosaur here. The movie releases on November 25, 2015, exactly a month before Christmas. Watch video here.