The trick to better Indian wines, the French way!

What happens at molecular level when crisp layers of wine hit your mouth or when you combine cheese with your favorite Bordeaux Red? What should you sample first - wine or cheese? 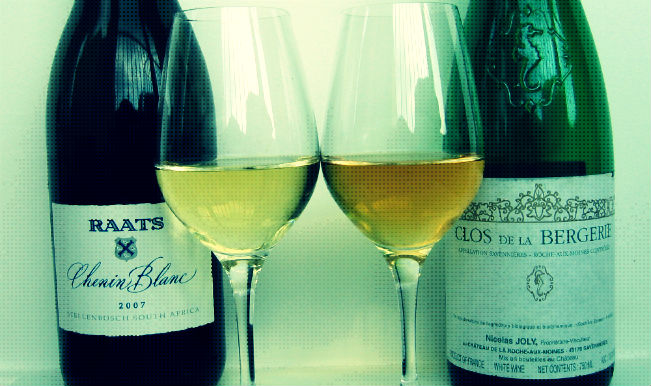 Kolkata, Nov 28: What happens at the molecular level when the crisp layers of wine hit your mouth or when you combine cheese with your favorite Bordeaux Red? What should you sample first – wine or cheese? French scientists, who are solving the problems of wine-makers in the famed Bordeaux region – the largest wine growing area in the European nation – will share their know-how with Indian scientists for improved products. Also Read - Gene Behind Alcoholic Liver Cirrhosis In Drinkers Identified

Experts at the Chemistry and Biology of Membranes and Nano-objects (CBMN), located in Bordeaux, the capital of France’s Aquitaine region, are unraveling how certain chemicals present in wine – tannins- react with human saliva and the trick to a smooth wine texture. Also Read - Chandigarh Tattoo Artist Arrested For Keeping a Monkey in Captivity, Accused of Force-Feeding It Alcohol

They are also, most importantly, answering very basic questions fielded by winemakers and farmers on how to tackle the astringency (bitterness), dryness and roughness of their products.

“There are several things that are not understood. There are some wines that are called astringents (because of presence of variety of tannins) because they dry the mouth. You want to have wine that is not astringent… it should have that soft taste in the mouth,” CBMN director Erick J. Dufourc told IANS during a visit here.

“These are the words of the wine maker from Bordeaux region and we try to translate it in terms of chemical and physical interactions. We hope it can be done in India too,” he added.

Viticulture in India is associated mainly with Maharashtra, Karnataka and Telangana.

As part of the Aquitaine-Karnataka Twinning programme, under the Indo-French Centre for the Promotion of Advanced Research (CEFIPRA) initiative, pre-doctoral students from the two regions will collaborate on various components, including the science of wines (oenology). CBMN is one of the French partners in the student exchange programme.

Dufourc, who is scheduled to visit Karnataka’s vineyards later this month, said students on both sides will work on short-term projects on the topic.

“Students from India will be eligible to visit the area of study and gain experience of working in the best labs as well as understand how modern science is being used in something that is part of our food culture. In the same way, French students will come to India for exposure,” Dufourc said.

According to M. Prithviraj, executive secretary, Karnataka State Council for Science and Technology, this would help in bettering the quality of wines from the state.

“Aquitaine is known for the aerospace-defence sector research and industries and also the winemaking and biotechnology fields. These are the two areas in which we wanted to work. The modalities are being worked out,” Prithviraj told IANS, adding that stakeholders such as the wine board will also participate.

“This is not new in France. Winegrowers and other interested parties in Bordeaux are increasingly funding research to help solve the puzzle of taste and texture,” Dufourc said.

Explaining the fundamentals, he said: “Some tannins present in the wine (there are many tannins) will bind the salivary proteins strongly in the mouth and dehydrate the protein and then you will have the feeling of astringency and roughness. Tannins also interact with lipids of the mouth cavity. This is nice for them (farmers) to understand from a molecular point of view and help them make better wine.”

The studies are focussed mainly on red wines as they contain a lot more tannins that whites. Dufourc said that by cracking the riddle of how tannins play out with salivary proteins, farmers can alter parameters to optimise the conditions for a superior product sans the roughness.

Through state-of-the-art techniques applied at the interface between chemistry, biology and physics, researchers are now prying into the complex interactions of wine components with human dietary fats and oils for better nutrition as well as getting to the bottom of the customs – doing things the right way when it comes to food.

“We even go further… people in the wine area are interested in working with scientists and so we are now working with nutritional aspects. When you eat cheese with beer or wine, we try to understand the mechanisms so that this will help wine producers and dairy producers.

“If you are having oil and wine, which to have first… it won’t be the same as the receptors in tongue will be different. So we are correlating why some things are culturally said to be done in the right way and validating them with science,” Dufourc said.