TheFineBrros: Find out how American children react to gay marriages

Watch the video to find how kids from United States reacted to seeing homosexuals marry! 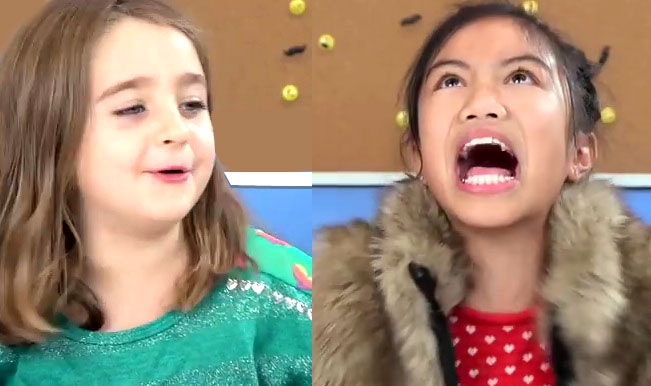 Being gay or a lesbian has always been considered as a sin across the globe, no matter in whichever part of the developed world you belong to. You will always find some of those humans who will judge you for whatever you are and if you are a gay or a lesbian, those disgusting stares would stare everywhere. Also Read - Risk of Further Incitement of Violence: Twitter Permanently Suspends Trump's Account

In this world where humans are respected for their sexual orientation and not their deeds, TheFineBrros has come up with a video which will completely change your outlook about homosexuals. The happy faces of the kids interviewed in the documentary are sure bring changes to people who believe respect from society is better than love. Also Read - US House Passes Bill to Provide Americans USD 2,000 Stimulus Checks, Sends it to GOP-led Senate

After being shown the video, when the children were asked about their views, it was found that majority of them completely digested the concept of homosexuality and did not seem to find all oddity in it. In a world when arguments state that same sex marriage will threaten the sanctity opposite sex marriage and that kids nurtured will not be the same as by heterosexuals , this kids seems to have been untouched by the talks of today’s time.

Watch the video to find how kids from United States reacted to seeing homosexuals marry!