Think you’re the only one who’s drained out, facing hairfall and skin issues? This money lost all body hair due to stress!

Bujing's mother died when he was a baby and the little monkey was then kidnapped and sold for a meagre $75. He was sold into a family who wanted a pet orangutan.

If you’re sitting there in office cribbing about your work and your day or if you’re in college making faces and trying to stay awake in boring lectures and wondering if there’s anyone as stressed as you, then yes there is. Not another human being, but a monkey! We know that we humans evolved from monkeys, or apes to be more precise. And if humans can feel stress, why not these animals too? Animals often feels a whole gamut of emotions humans do and suffer from the same sort of disorders like us. only, they have no one to express it to. Turns out a little monkey named Bujing who’s actually an orangutan suffered from stress so bad that all his hair fell out!

[ALSO READ: This black and white picture clicked in the 1900s is actually haunted. Can you spot the ghost in the picture?] 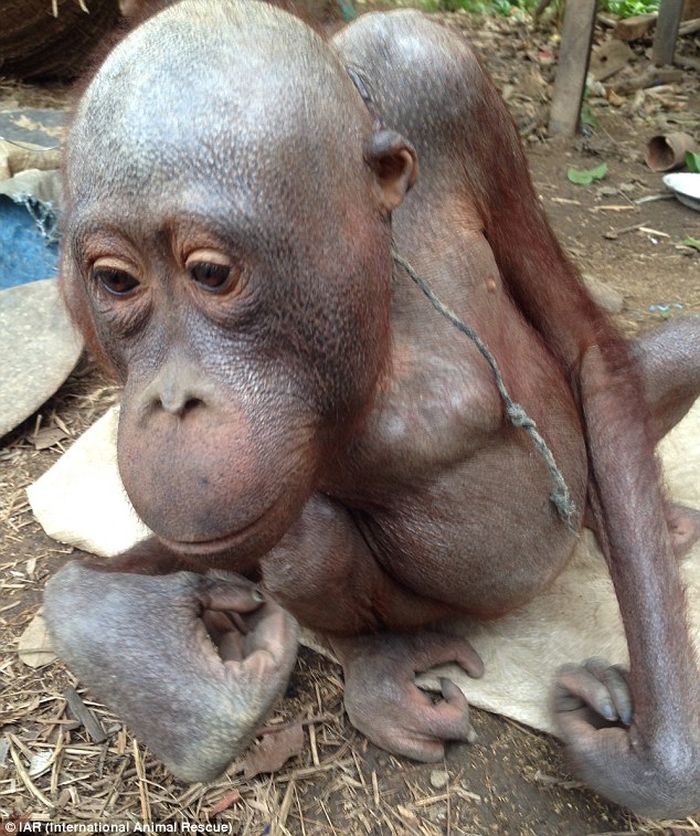 But what caused Bujing so much stress? Well, it was human atrocities. Bujing’s mother died when he was a baby and the little monkey was then kidnapped and sold for a meagre $75. He was sold into a family who wanted a pet orangutan. And it is then that little Bujing’s troubles began. While he was a kid, the orangutan was cared for by the family. However, things soon changed and the family began to abuse the little monkey. He would be tied outside the house for hours on end and was not given any freedom. The reason for this was that like all children, the monkey too was naughty and would often wander off. Bujing would sometimes go into the neighbour’s house for food and the neighbours began to complain.

[ALSO READ: This Indian actress is comparing life to a bra and she’s gotten the attention of a whole lot of Indian women!] 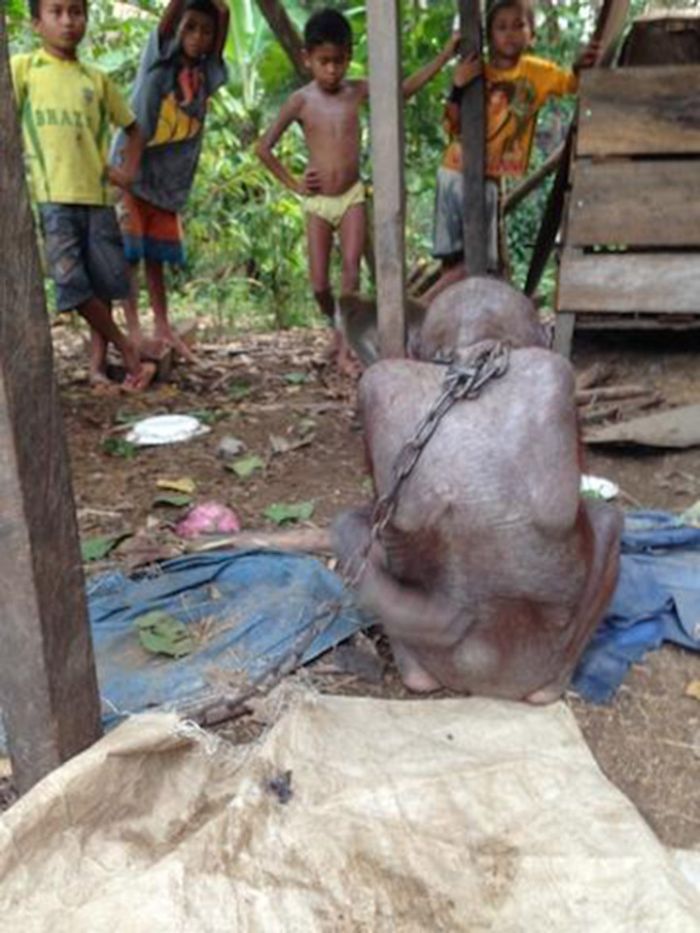 Listening to the complaints, not only was Bujing not allowed to roam freely and was tied but he was never left free at all! He would be tied outside the house 24×7 and had restricted mobility. Soon, as punishment even his food and water was stopped. The monkey was severely malnourished and sick being tied up all day long. Also, he was suffering due to nature as he would have to brave the elements as he was outside irrespective of the temperature – winter, sun or rain. Bujing was initially chained to the house when he was 5 and stayed chained for 4 long years. He is now 9 years old and was purchased by the family when he was just an infant. The monkey had given up hope of freedom and a happy life and was depressed and listless. 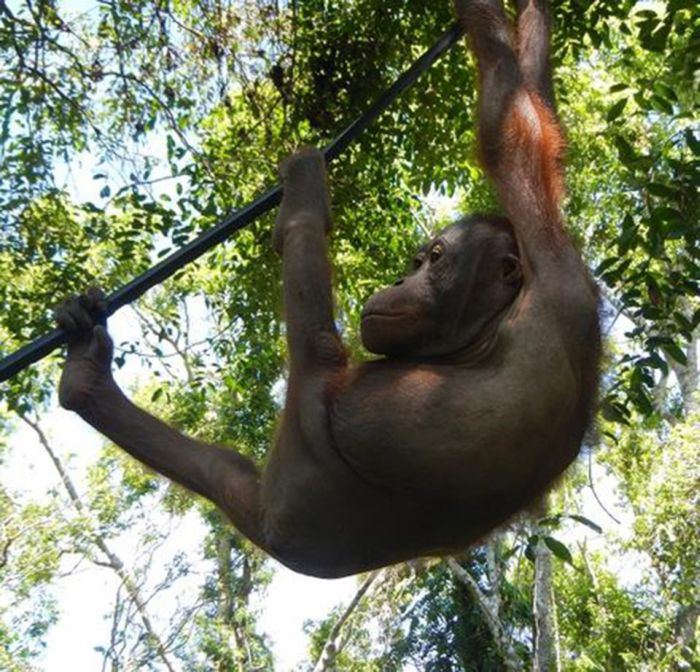 Bujing was first spotted by rescuers who also noticed he had 2 cuts on his back which suggested that he was perhaps also abused by his owners. He was taken away by the rescuers and his rehabilitation commenced. Bujing was then cared for and given proper nourishment. The orangutan was also given medication and lots and lots of love. Slowly, Bujing began to recover and now, he’s turned a healthy orangutan. He has even put on some weight and no more looks malnourished. He’s turned agile and in his new free atmosphere, is free to roam around and do as he pleases. Slowly, his hair has also grown back! It’s truly amazing what a little love and care can do for animals! We hope Bujing is now happy and lives a long, happy and free life! 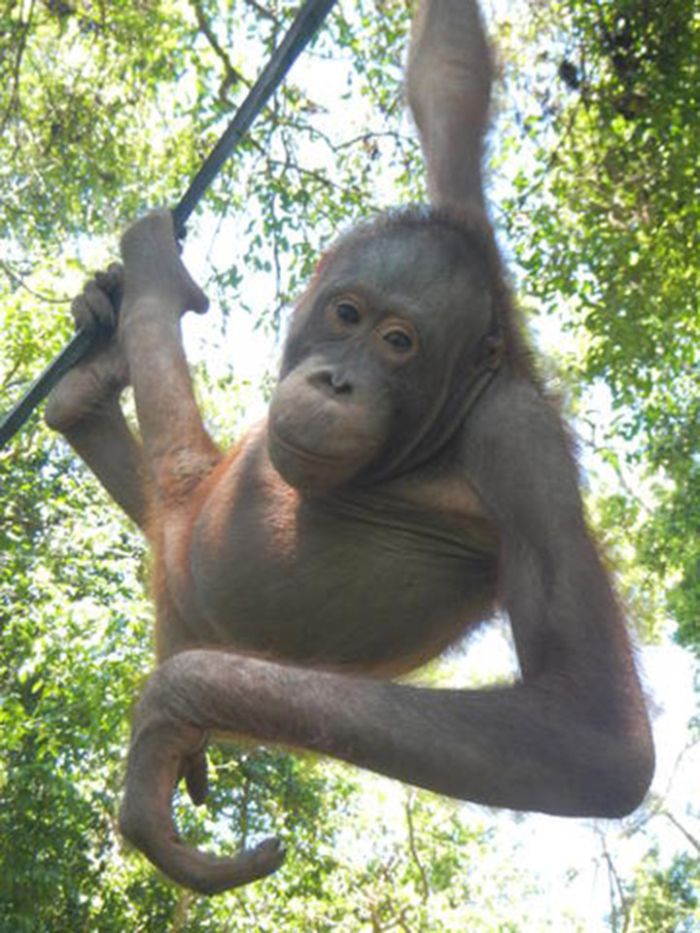