This Bride Ditched The Lehenga & Wore a Pantsuit to Her Wedding, Humans of Bombay Shares Her Story | See Stunning Pics

With her wedding and unusual attire making waves, Humans of Bombay shared her story on its official Instagram account on January 24.

Breaking all stereotypes, an Indian bride recently decided to ditch the traditional red bridal lehenga and instead opted for a vintage pantsuit for her wedding day. It was in September 2020, that 29-year-old Sanjana Rishi, an Indian-American entrepreneur, married Delhi businessman Dhruv Mahajan, and went viral for her unconventional wedding outfit.Also Read - Varun Dhawan's Bride Natasha Dalal Took Only 35 Minutes to Get Ready For Her Wedding, Reveals MUA Namrata Soni

Notably, Rishi wore a powder-blue vintage pantsuit, along with a veil and simple jewellery, in an intimate ceremony attended only by 11 people.

“It was a pre-loved vintage suit, made in the 1990s by Italian designer Gianfranco Ferré. I was surprised and delighted to know that it was still available when I decided to get married. I have always thought that there is something very powerful about a woman in a pantsuit,” she said.

With her wedding and unusual attire making waves, Humans of Bombay shared her story on its official Instagram account on January 24.

From talking about her relationship and wedding to her non-traditional attire, Sanjana talks about a myriad of issues in the post. Talking of her big day, she said, ”And even on our wedding day, I wore a power suit instead of a lehenga, simply because I wanted to. Everyone was surprised, but Dhruv hugged me & whispered, ‘You’ve killed it!’

However, after the pictures went viral, people trolled her for not dressing up like an Indian bride and called her an ‘attention-seeker’. ”The next day, I woke up to us trending online; my outfit had gone viral. But the trollers didn’t like that; they commented things like–‘Poor groom, he got the attention seeker wife’, ‘Crazy bride’.

”But Dhruv & I just had a good laugh! Honestly, why should ‘what the world thinks’ matter to us? We’re just being ‘us’. I keep saying this–marriage isn’t about losing ourselves to please each other or others. I’m unabashedly myself, & so is he–& that’s what makes this, makes us work,” the post further reads.

Well, the post has gone viral, with one person commenting, “This has proved one thing… if you have that one person besides you can go through every high and low”. “The wedding power suit is everything.”

Here is a look at all the stunning pictures of her wedding: 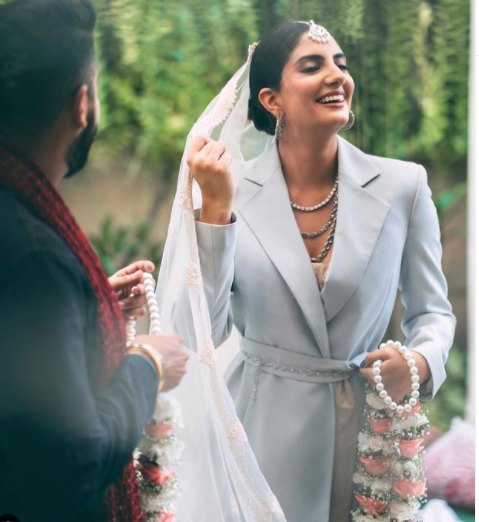 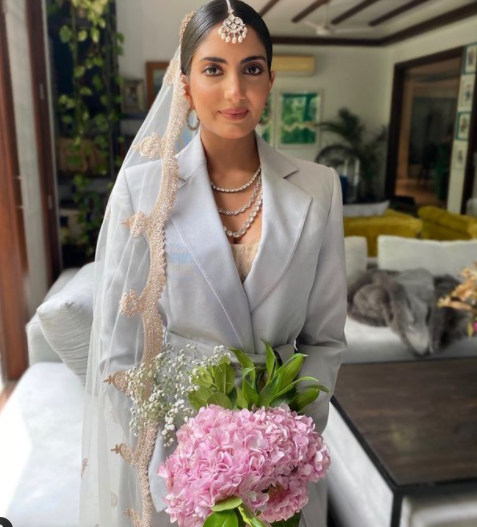 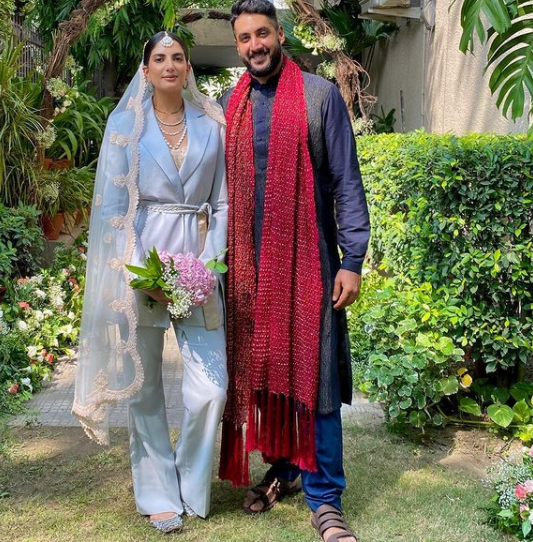 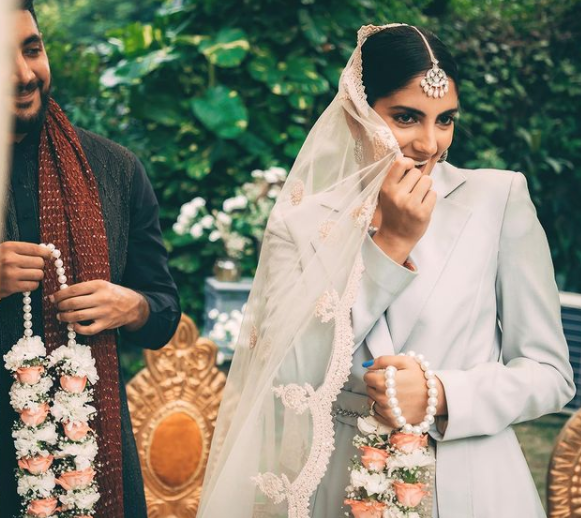 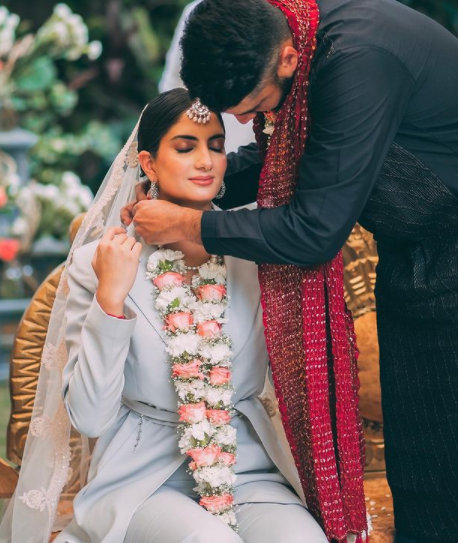 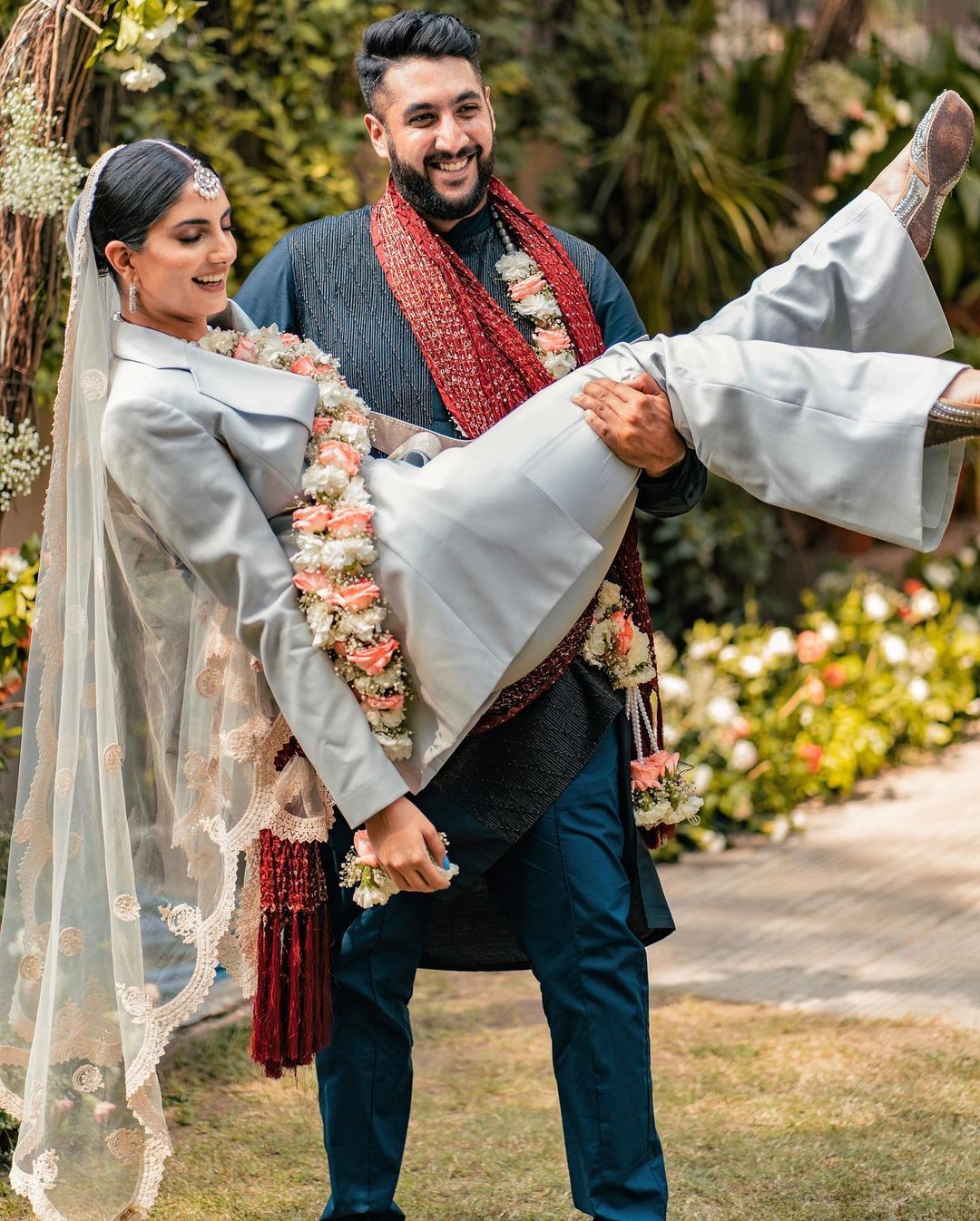