The parlour is the brainchild of Gurvinder Singh, hailing from Punjab's Jalandhar who has been part of the ongoing protests since it began on November 26.

Reclined on a chair and soaking in the winter sun, the farmer, who is part of the ongoing protests at the national capital’s border points against the three agri laws, said a champi (traditional Indian head massage with oil) helps in “keeping a cool head”.

The parlour is the brainchild of Gurvinder Singh (24), hailing from Punjab’s Jalandhar who has been part of the ongoing protests since it began on November 26. With days turning into weeks and weeks almost turning into a month, it is imperative that the protesters especially the elder ones feel relaxed, says Gurvinder Singh, who was a member of one of the many langar sewas at the protest site. 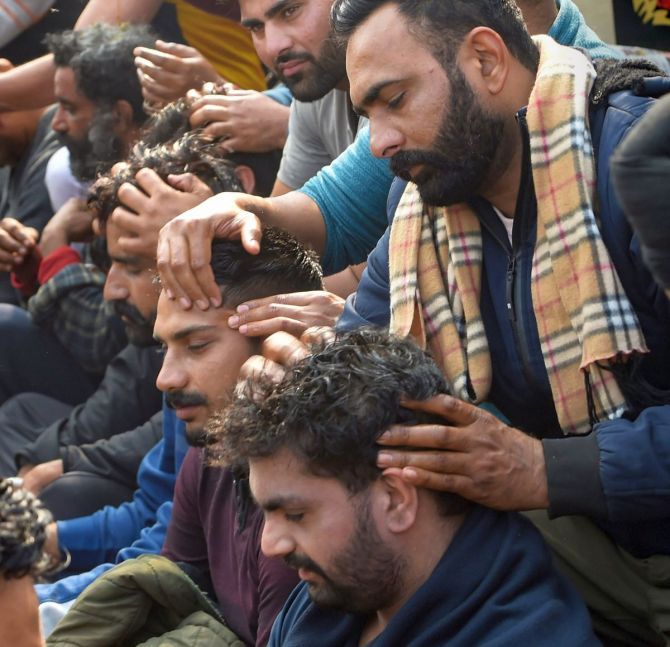 “Saade buzurg relax rehn chahide, eh soch ke sewa shuru kiti hai (The only thought behind starting this initiative is to ensure that our elders feel relaxed). We are a team of 10 people and anyone is welcome here,” said Gurvinder Singh.

“We started the service at 10 in the morning. Don’t know when we will call it a day, but rest assured we will stay put till the time our demands (scrapping of farm laws) are not met,” he added.

Barely hours after it was launched on Tuesday morning, the “champi sewa” attracted eyeballs, as well as footfalls as the stall equipped with the bare minimums like a handful of chairs and tiny bottles filled with hair oil, became a hit among the protesters who queued up to fill the chairs.

Ranjit Singh was visibly happy and relaxed after getting a soothing head massage. “This will keep me charged for the rest of the day,” he said as a volunteer smoothly moved his fingertips in small circles with a shampooing-like motion on his scalp. 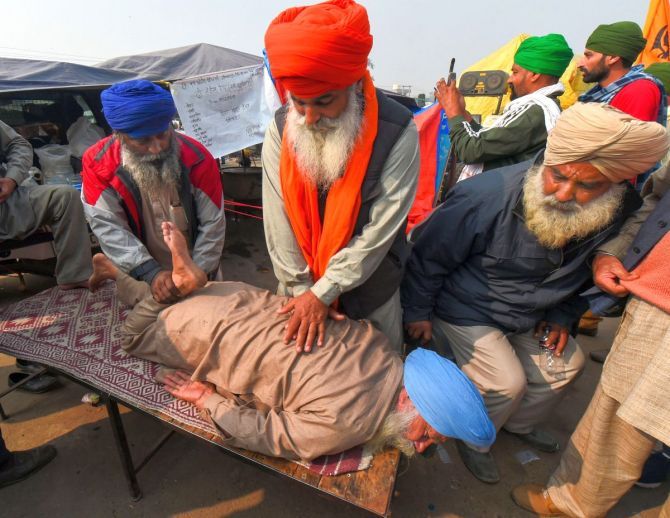 “These small efforts by the youngsters to help aged people like us will go a long way in strengthening our fight against the centre,” the farmer added.

Earlier, a “salon sewa” started by a Haryana man and foot massagers installed by international NGO Khalsa Aid at the protest site had hogged the headlines.

Tens of thousands of farmers, mostly from Punjab and Haryana, are demonstrating at the national capital’s border points since late November demanding that the agriculture laws be repealed.