This temple can actually predict how good or bad the rainfall will be this year just by the water collected on it’s ceiling!

Many farmers and people flock to the temple to check the rainfall for the year and make their agricultural decisions for the year.

So far, we Indians have done crazy things to ensure that the rain Gods continue to bless us. From marrying frogs to having elaborate poojas for pleasing the rain Gods, we love to experiment. We even have our ways and methods of knowing when it will rain and how the rainfall will be that year. There have been musical raags and taals for calling the rain God and even people have been consulted for the rains. But then, this temple outdoes them all! The temple in Kanpur can predict rainfall and can tell how the year will be. It is seriously a blessing for all farmers!Also Read - Odisha: Puri Jagannath Temple to Remain Closed For Devotees on Dussehra, Diwali

[ALSO READ: Abdul Wajid, a jobless village boy built a plane to prove that he is not worthless!] Also Read - Odisha: Jagannath Temple in Puri to Remain Open For Devotees on Saturdays From Sept 13

Many farmers and people flock to the temple to check the rainfall for the year and make their agricultural decisions for the year. The temple is the Lord Jagannath temple at Bhitargaon Behata in Ghatampur and according to the legend, depending on the size of the water droplets on the ceiling, the rainfall is predicted. If the water droplets are big in size then the rainfall will be good and if they are not, then there might be a drought like situation that year. The temple is ancient – it is definitely more than 100 years old though no one is aware of its origin. It is famous in the region as the ‘Rain Temple’. Also Read - Madhya Pradesh: Minor Girls Paraded Naked to Please Rain Gods in Damoh; NCPCR Seeks Report 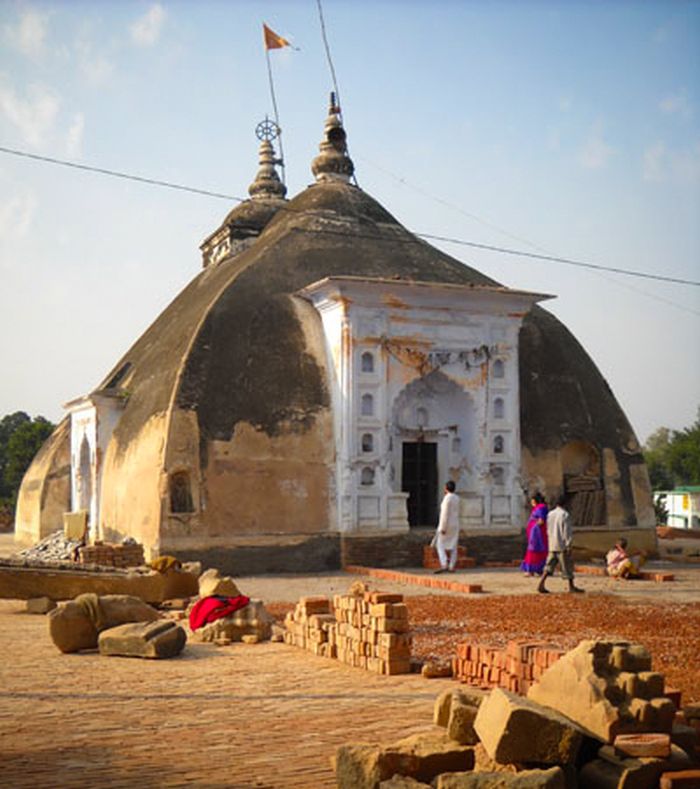 Scientists have also visited the temple and it has stumped them too. It might sound like a hare-brained idea, but the people in the region truly believe in it. The design of the temple is also unique to the region. According to the Head Priest K P Shukla, “One has not come across such a design in any temple in this part of the state. It is similar to ‘stupas’ constructed in different parts of the country during the era of emperor Ashoka. This is our seventh generation performing puja of Lord Jagannath here.” The temple is revered by locals and ever July there is a huge festival held where the chariot is pulled by the devotees of the Lord. The villagers eyes are mostly on the temple ceiling each time they visit the temple.