Here's a list of easy steps to follow if you want to make your own Bollywood blockbuster: 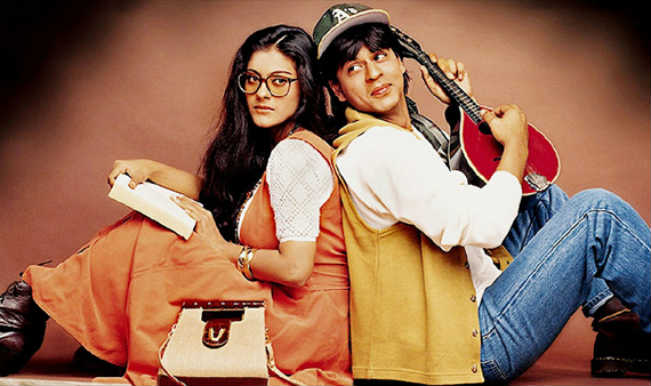 The Indian film industry is the largest film industry in the world, you’d think that that would mean we’d come up with some really good movies each year, but we really don’t Bollywood hits are pretty easy to make if you know the right formula. While the greatest Bollywood movies are the ones that don’t stick to this pattern, the vast majority of hits are the ones that do. We love Bollywood, it’s entertaining and fun, but we couldn’t help but notice a few things that most Bollywood hits have in common. Here’s a list of easy steps to follow if you want to make your own Bollywood blockbuster:

If you’re too lazy to come up with your own script then what better way to make a hit than to copy a foreign film that most people in India probably won’t see and claim it as your own? That’s totally not illegal and immoral. Just make sure you at least change the names of the characters so it isn’t too obvious. PS: Changing the name of the movie is also a good idea.

2) Throw in a Famous Actor–

If plagiarizing a foreign movie is too much work then you could always do the next best thing, just throw in a really famous actor with a huge fan following and let him do whatever the hell he wants on screen for three hours. Make him wear Ray Bans to show people you mean business.

What really separates us from Hollywood is our ability to mass produce catchy songs, we all know they suck but for some reason we can’t stop dancing to them. Perhaps, it’s just something we as a nation like to do. If you have no musical talent or training don’t let that stop you from composing music, if anything it gives you a huge advantage in the industry.

Get some hot (or marginally attractive) girl to be the lead actor’s love interest in the movie (and real life). Also make sure she gets a ridiculously large amount of screen time even if she isn’t essential to the plot (if you have one). The actress’s character must keep getting kidnapped throughout the movie to justify her existence.

This fact is absolutely essential. The pattern to make a plot successful in Bollywood is simple (it would make sense if you followed the sequence in order) :

c) Girl likes boy (but pretends not to initially, despite singing with him for five minutes)

d) They end up together (after a long song involving greenery, flowers and a tree)

e) They break up (because one lied to the other)

h) They all live happily ever after