Marking the 50th anniversary Of Earth Day, Google dedicated its doodle to an interactive game on the planet's 'smallest, most critical organisms' - the bees.

Today’s Google doodle highlights the importance of the planet’s ‘smallest, most critical organism’ – the bees. Opening to a “play” button, an animated bee pops with fun facts on how its community is critical in growing two-thirds of the world’s crops and “85% of the world’s flowering plants”. Encouraging users to “learn more about our winged friends and help them in their journey to pollinate a variety of blooms”, the Google Doodle shared various fun facts related to the bees before moving onto a pollination game. Also Read - Google Pledges Rs 135 Crore to Tackle COVID-19 Crisis In India; Nadella Thanks US Govt 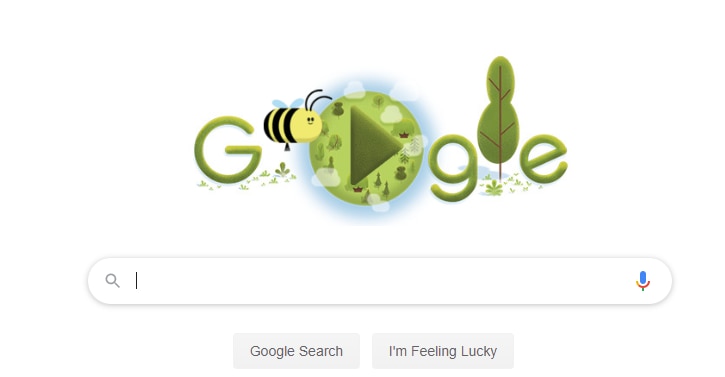 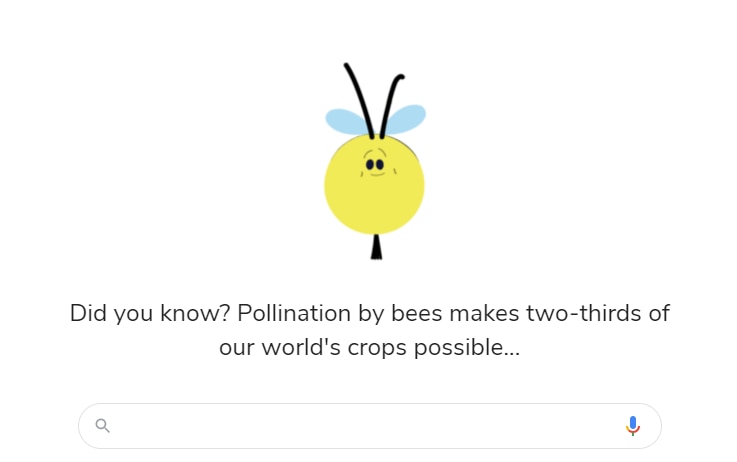 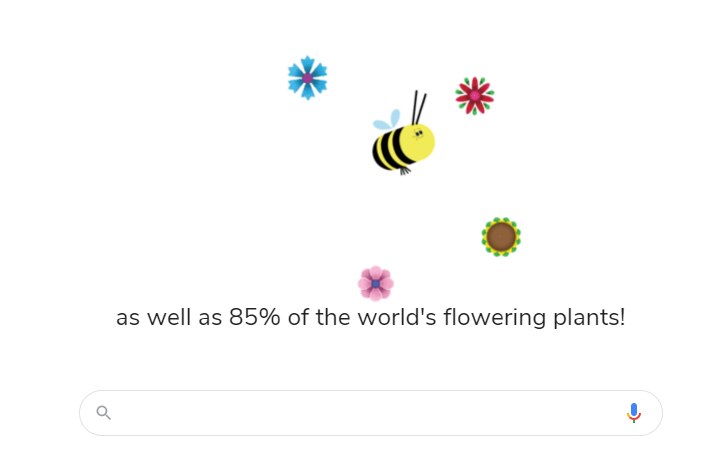 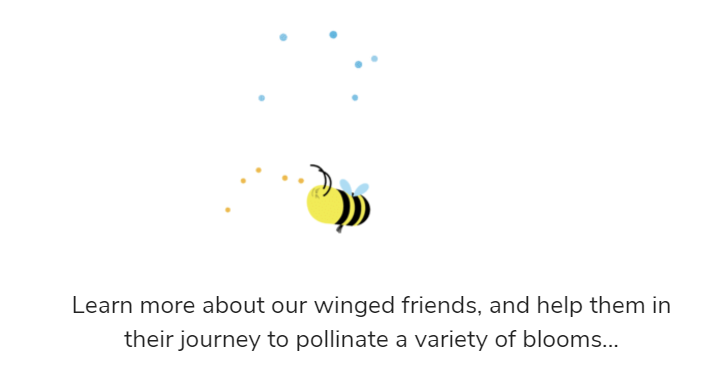 In an interview with Google, Honeybee Conservancy founder and director Guillermo Fernandez explained, “In North America, currently one in four of the 4,000 native bee species are at risk of extinction. On a larger scale, the world’s survival depends on theirs.” He even listed ways through which people under quarantine currently, can support bees if not through active beekeeping. This included planting a small pollinator garden, creating a “bee bath” for thirsty bees or donating to local environmental groups.

Earth Day was observed for the first time on April 22, 1970, in the USA when 20 million Americans came onto the streets to protest against the rising negative impacts of industrialization on the environment. They marched onto the streets, parks, and auditoriums to demonstrate for a healthy, sustainable environment which was followed by Earth Day events in more than 193 countries. Peace activist John McConnell, in UNESCO conference 1969, proposed a day to honor the Earth and the concept of peace. Hence, the movement was born and is now considered to be the largest secular event in the world.

This year, the theme for Earth Day is climate action. The enormous challenge is the most pressing topic for the 50th anniversary of Earth Day in 2020.