Twitpic to shut down on September 25 – save your photos now!

If you’re used to sharing pictures on Twitter the old-fashioned way, that is through Twitpic, you’re gonna have to chuck the habit. Because Twitpic is shutting down on September 25 due to API sharing issues with Twitter. 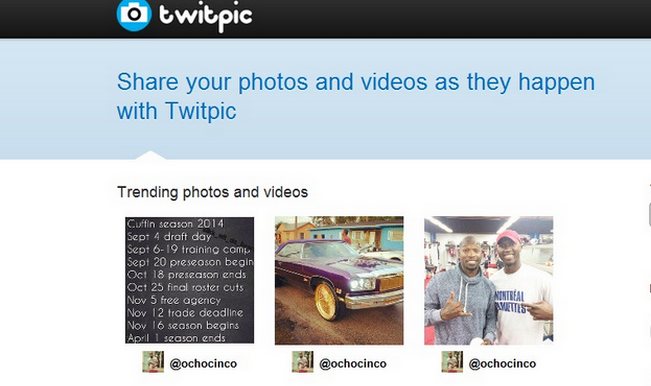 If you’re used to sharing pictures on Twitter the old-fashioned way, that is through Twitpic, you’re gonna have to chuck the habit. Because Twitpic is shutting down on September 25 due to API sharing issues with Twitter. So it’s time to login to Twitpic for the last time and get the backup of your images. The company announced on Twitter: “Twitpic is shutting down, read our blog for more info – Please retweet”. Also Read - Facebook, Twitter, YouTube Ink Pact With Advertisers For 'Common Definition' on Hate Speech

An official statement on Announcements read:

” Twitpic will be shutting down September 25th. You will be able to export all your photos and videos. We’ll let everyone know when this feature is live in the next few days.

This is an unexpected and hard announcement for us to make and we want to lay out what led us to this decision.

Here is some backstory on the history of our trademark:

We originally filed for our trademark in 2009 and our first use in commerce dates back to February 2008 when we launched. We encountered several hurdles and difficulties in getting our trademark approved even though our first use in commerce predated other applications, but we worked through each challenge and in fact had just recently finished the last one. During the “published for opposition” phase of the trademark is when Twitter reached out to our counsel and implied we could be denied access to their API if we did not give up our mark.

Unfortunately we do not have the resources to fend off a large company like Twitter to maintain our mark which we believe whole heartedly is rightfully ours. Therefore, we have decided to shut down Twitpic.

On a personal note I (@noaheverett) want to thank you for letting us be a part of your life and helping you share your experiences over the past 6 years, it’s truly been an honor. I have learned so much through running Twitpic over the years. Through the many mistakes I’ve made and lessons learned, to the bad days and the great days. Thank you again everyone…I will miss and cherish the days of Twitpic we had together.”

It should be interesting to see what Twitpic is doing next after going off Twitter, as we remember it’s tweet from August 2014 where it said, “Testing a new mobile web layout on photo / video pages for iPhone and Android.”