Following her claims, she had gained a considerable number of followers on Twitter. 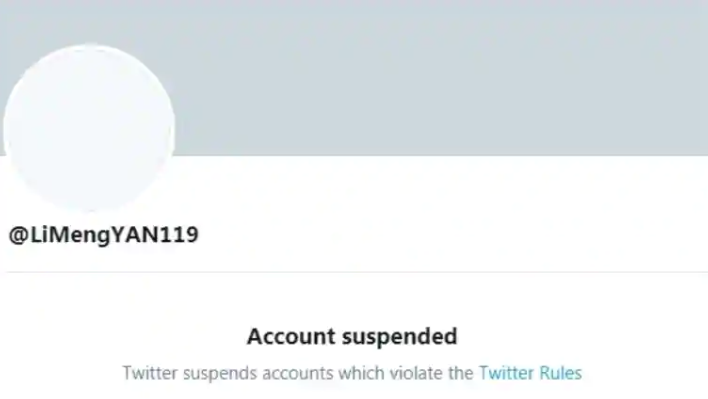 The microblogging site had earlier this year announced that the social media platform will start labelling the tweets that could lead to spreading misleading information on sensitive and important topics.

“They don’t want the people to know this truth. Also, that’s why I got suspended, I got suppression and I am the target that China Communist Part wants to [sic] disappear,” she told Fox News host Tucker Carlson.

In a video interview, Dr. Li-Meng Yan had claimed that she has scientific proof regarding the virus origin. She also stressed that when she had alerted the Chinese authorities of the impending danger due to the virus, they did not pay heed to her warnings.

“This virus is not from nature. The genome sequence is like a human finger print. So based on this you can identify these things. I use the evidence … to tell people why this has come from the lab in China, why they are the only ones who made it,” WION quoted Dr. Yan as saying.

Yan is currently in the US and has been researching on the virus since the last year. She said she was being threatened by the authorities in China, so, she had to flee to the US following safety concerns.