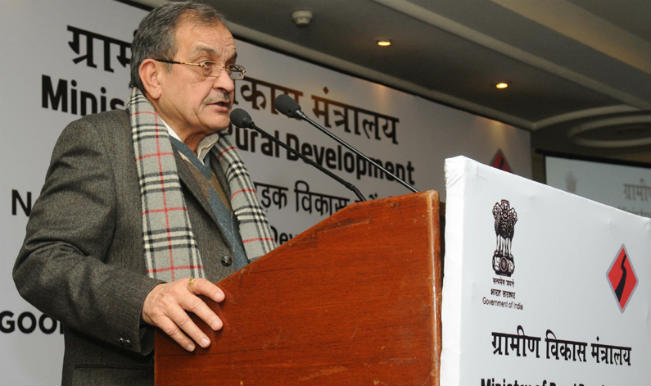 Prime Minister Narendra Modi had drawn criticisms after he wore Rs 10 lakh suit and now here is a minister who fell in the same soup after supporting the Prime Minister. Union Minister Rural Development and Panchayati Raj Chaudhary Birender Singh kicked-off a controversy when he flaunted his wrist watch worth Rs 8 lakh while defending Narendra Modi for wearing Rs 10 lakh suit. Also Read - Delhi Assembly Elections 2020: BJP MP Gautam Gambhir Casts Vote With Family, Says 'Voting is Not Only Our Right But Our Power'

Chaudhry Birender Singh was addressing a farmers’ rally in Amroha. During his speech he asked the farmers to guess the price of his shoes. When they failed to reply, he then said the pair was purchased for Rs 48,000 from Jaipur. He then pointed out at his wrist watch and said that it costs Rs 8 lakh. Singh tried to justify the suit of Modi as a sign of progress and said that even farmers can afford such expensive things. “I wear a watch worth Rs 8 lakh and shoes worth Rs 45,000. Not only big industrialists, even farmers like me can wear (expensive clothes). What is wrong if Modiji wears a suit worth Rs 10 lakh,” Singh said. (Also read: Narendra Modi’s pinstripe monogram suit bought by Surat trader Lalji Patel at Rs 4.31 crore) Also Read - Delhi Assembly Election 2020: Senior Congress Leader Janardan Dwivedi's Son Joins BJP

According to reports, the Khatkar Khap and Bangar Jagriti Manch announced a protest against Singh saying that the minister should declare the net worth of his assets. “It’s a cruel joke on the distressed farmers of the country. At a time when farmers are committing suicides due to crop loss and debt, Singh, who claims to be a son of a farmer said that he wears such expensive watches and shoes,” Krishan Khatkar, president of Khatkar Khap and Bangar Jagriti Manch told The Tribune.