The incident happened on Sunday, when 28-year-old Poonam Sharma was just about to exchange flower garlands (varmala) with her groom when she received the joyous news.

Rampur: After hearing that she has won the block development council seat in panchayat elections in UP, a bride in Rampur got so excited that she left the wedding ceremony midway and rushed to the counting centre to collect her winner’s certificate. The incident happened on Sunday, when 28-year-old Poonam Sharma was just about to exchange flower garlands (varmala) with her groom when she received the joyous news. Notably, Poonam’s wedding was scheduled on May 2 and the counting of panchayat elections was also to be held on May 2.Also Read - UP Bride Calls Off Wedding After Groom Fails to Recite Table of 2

According to The Times of India, she rushed to the counting centre which was 20km from the wedding venue to receive the certificate at 9.30pm on Sunday. When she reached there, dressed in all her wedding finery and a pink mask, everyone at the counting centre was stunned to see her. There, she collected her winner’s certificate and posed for pictures with officials, which have gone viral on social media. 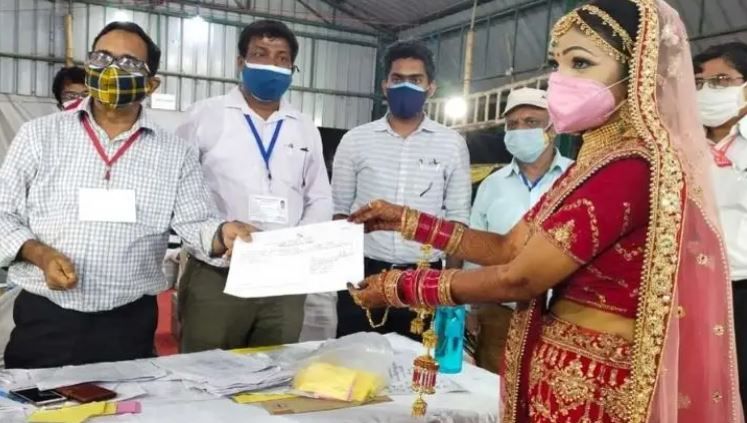 Poonam’s wedding was scheduled on May 2, the day when counting was also about to happen

“This is the best wedding gift for me as I am a BDC member now. I can never forget this moment as all the rituals were completed and just before the ‘varmala’ I was told that I had won the election by 31 votes. My in-laws allowed me to leave the marriage hall to collect the certificate. Everyone in my village is happy with my win,” Sharma told TOI.

After she returned from the centre with her victory badge, all the remaining rituals were then conducted. 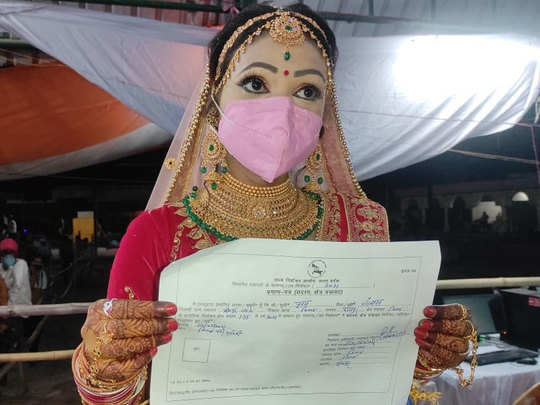 Pictures of the bride have gone viral on social media

Notably, Poonam Sharma decided to contest this year’s panchayat elections after her father encouraged her to so so, especially because the BDC seat was reserved for women candidates. Sharma received 601 votes while the nearest candidate, Shukuntala Devi, secured 570 votes. 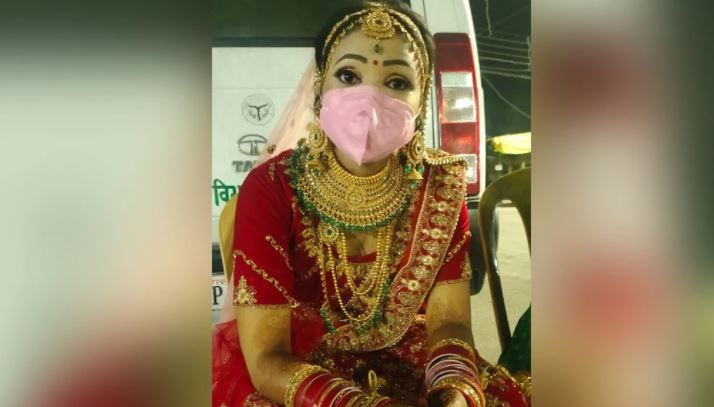 Sharma also said that she is confident that she will be able to juggle her personal and political life as her husband and in-laws support her.