Veena maintains that she’s innocent and would never commit blasphemy. 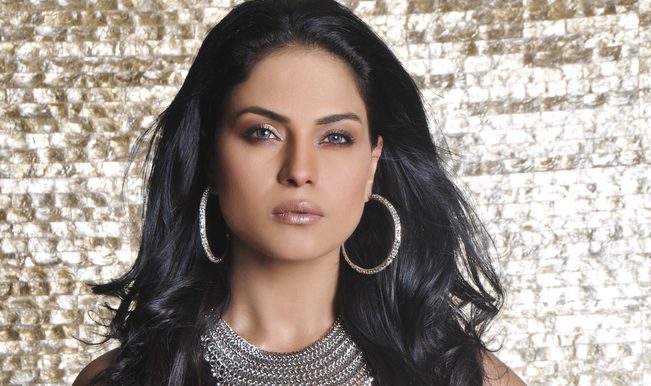 The latest entrant to Pakistan’s blasphemous ‘Hall of Shame’ is Veena Malik.  Malik, her husband and the owner of Geo TV – Pakistan’s biggest media group – have been sentenced to 26 years in prison by an anti-terrorism court in Gilgit for allegedly airing a blasphemous programme. Their crime – they played a religious song while staging a mock marriage of Malik and Bashir. The TV host Shaista Wahidi was also sentenced for the same offence. Also Read - 'You Washed Ashmit's Underwear'! Veena Malik Brutally Trolled For Her Tweet Disrespecting Indian Army

Malik’s lawyer has already started work on an appeal and Malik said in a statement: ‘It’s a shock to me but I have complete faith in Pakistan’s higher courts and judiciary. This court works separately from the other courts in Pakistan. There are higher courts in Pakistan such as the Supreme Court. Whenever there is an issue a court will look into the facts of the case. We were not even present in the court at the time of the verdict. I have belief and trust in courts.’ Also Read - Veena Malik And Sania Mirza's Ugly Spat on Twitter Involves Personal Attacks, Slut Shaming And More

Veena maintains that she’s innocent and would never commit blasphemy. ‘We are planning to return to Pakistan in December. I have always been a person who faced troubles by looking it in the eye. I have faced highs and lows in my life. But I am sure I haven’t done anything wrong.’ While Malik has the resources to fight such an order, most Pakistanis continue to suffer because of these laws.

Pakistan and its blasphemy laws 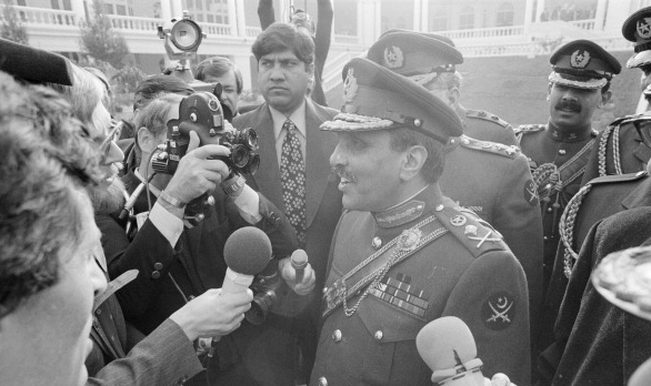 Pakistan is one of the most vehement supporters of blasphemy laws and the most enthusiastic about charging people with them. Between 1987 and 2014, over 1300 people have been accused of blasphemy and prosecuted. According to various sections of the Pakistan Penal code, the following are punishable:

295 forbids damaging or defiling a place of worship or a sacred object.

295-B forbids defiling the Quran. (punishment: imprisonment for life)

295-C forbids defaming the Islamic prophet Muhammad. (punishment: death with or without a fine)

298-B and  298-C prohibit the Ahmadiyya from behaving as Muslims behave, calling themselves Muslims, proselytising, or ‘in any manner whatsoever’ outraging the religious feelings of Muslims. Violation of any part of § 298 makes the violator liable to imprisonment for up to three years and liable also to a fine. 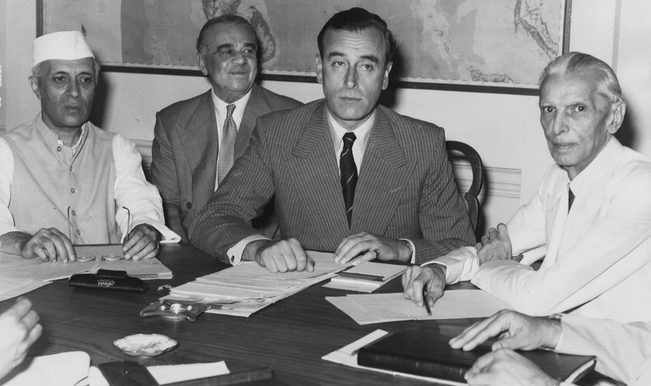 Like most such laws, the original penal code was enacted by the British in 1860 and expanded in 1927, when a book released in British India on the many wives of Muhammad hurt religious sentiments. These laws were inherited by Pakistan on its formation and General Zia-ul Haq’s military government added further clauses to ‘Islamise’ the country.

While the earlier laws carried one to ten year sentences, a 1982 clause prescribed life imprisonment for the desecration of Koran. A 1986 clause took it even further and recommended a death or imprisonment for life, for those who committed blasphemy against the Prophet. Many believe that the Zia-ul Haq’s additions and interpretations are directly from the Koran. To put this in context, in the same way modern Hindus believe in the moral police’s version of Hinduism, as opposed to the teachings of the ancient religion.

Anyone who dares speak up against them faces a grave threat. Salman Taseer, the Punjab Governor who tried to reform the laws was assassinated by his own security guard. Furthermore, Religious Minorities Minister Shahbaz Bhatti was shot dead for criticising the law. 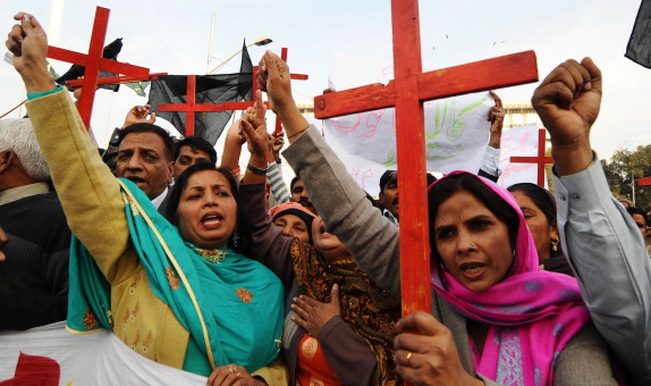 The absurdity of these laws makes it very easy to prosecute anyone without too much evidence. Aasiya Nooreen, better known as Asia Bibi, was a Pakistani Christian who was convicted of blasphemy by a court and was sentenced to death by hanging. She claimed that she was involved in an argument with other women who were angry that she was drinking the same water as them. She was subsequently accused of insulting the Prophet Mohammed, arrested and imprisoned. Her family had to go into hiding after receiving death threats from militants. Bibi is still on death row and will become the first woman to be hung for blasphemy if the sentence is carried out.

Even more bizarre is the case of 14-year-old Rimsha who was accused of desecrating the Koran. Some reports actually suggested that the girl was suffering from Down’s syndrome. It later turned out that that a local imam had been arrested for planting pages of the religious texts in her bag which allowed her to get bail and she was finally acquitted of all charges. But the fact that even a minor can be arrested and prosecuted for blasphemy sets a very dangerous precedent. These are only two of the 1300 cases that have been registered so far.

The demand for Global Blasphemy Laws 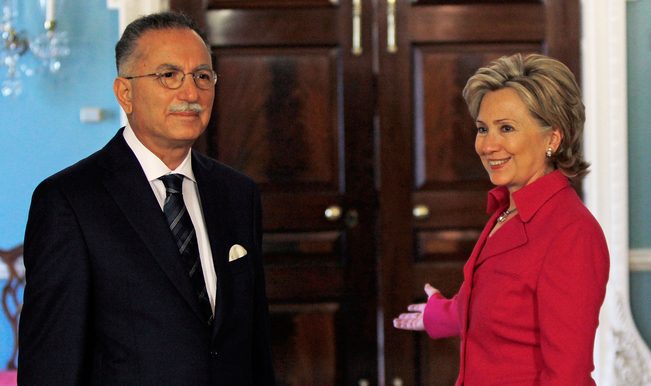 The Organisation of Islamic Cooperation (OIC) has from time to time demanded global blasphemy laws and Pakistan is the most vehement supporter of this movement. The OIC claims to be the ‘collective voice of the Muslim world’ and works to ‘safeguard and protect the interests of the Muslim world in the spirit of promoting international peace and harmony.’

The last time the movement got a surge was in 2012 when the Muslim world erupted after a crude Internet clip about the Prophet and cartoons in a French magazine. Ekmeleddin Ihsanoglu, secretary-general of the Organisation of Islamic Cooperation (OIC), said the international community should ‘come out of hiding from behind the excuse of freedom of expression’, and accept the laws that OIC has been trying to enact for a decade.

Thankfully, the concept of a global blasphemy law proves completely antithetical to the UN’s vision of freedom of expression which is encompassed in Article 2 of the Universal Declaration of Human Rights and makes it impossible for them to be accepted:

‘Everyone is entitled to all the rights and freedoms set forth in this Declaration, without distinction of any kind, such as race, colour, sex, language, religion, political or other opinion, national or social origin, property, birth or other status. Furthermore, no distinction shall be made on the basis of the political, jurisdictional or international status of the country or territory to which a person belongs, whether it be independent, trust, non-self-governing or under any other limitation of sovereignty.’

Before I am accused of being a biased Indian and a Hindu indulging in anti-Pakistani, anti-Muslim jingoism, I would like to put on the record that I am an atheist and am still not convinced about the concept of nationalism. I do not believe in the supremacy or laws of any religion and find the grip religion has on people disturbing. And I find it extremely repulsive that any religion can force its views onto others, even if that means squashing fundamental rights.

It’s time we took a stand against any country which felt the urge to quash human rights in the name of religion. Everyone has their own beliefs and you can’t force others to live by those beliefs. For example, I believe that it is a cardinal sin to mix whiskey and coke. Does that mean I start persecuting anyone who does it? It’s time we stopped tiptoeing around ‘hurting religious sentiments’ and started caring more about basic human rights. What matters more – the whims and fancies of imaginary sky people (who might or might not exist) or the real blood and flesh beings that dwell among us?