The 25-year-old model, Amairis Rose, from Pennsylvania's Pittsburgh was reportedly on a holiday in Zambia in the month of December last year and that is when she visited the popular tourist attraction Devil's Pool on the edge of Victoria Falls.

New Delhi: A video of a model from the US posing in a bikini at the edge of the world’s largest waterfall for a photoshoot is taking the internet by storm. While some netizens are praising her being bold and beautiful, some users even slammed her for being reckless and irresponsible.

The 25-year-old model, Amairis Rose, from Pennsylvania’s Pittsburgh was reportedly on a holiday in Zambia in the month of December last year and that is when she visited the popular tourist attraction Devil’s Pool on the edge of Victoria Falls – the world’s largest waterfall which is about 1640 ft deep. Devil’s Pool is on the Zambian side of Victoria Falls and is a deep, natural pool that has been created by thousands of years of erosion. And, the best time to swim in Devil’s Pool is during late August to early January when the water level is low. 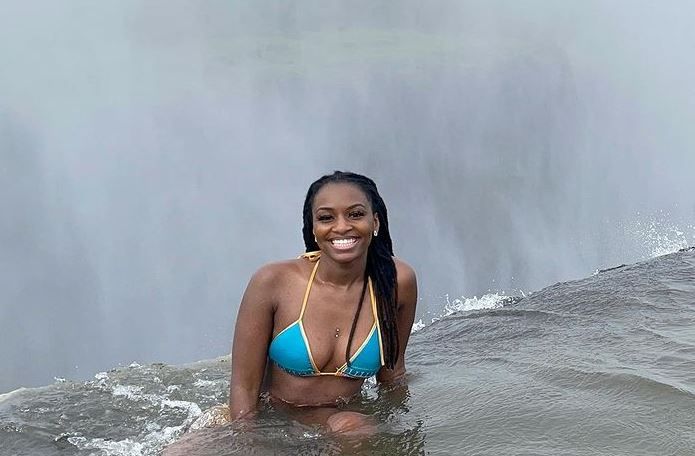 The US model posted her photoshoot at the edge of Victoria Falls on her Instagram.

In an Instagram post, Rose posted the daring photoshoot series of three photos and a video captioning it as “Life on the edge, it’s beautiful here”.  In her post, the model was photographed holding her arms over the edge of the fall as water surges down the drop.

Soon after she posted the breathtaking footage, it has received thousands of likes, comments and shares as many users even urged her not to do such dangerous stunts ‘just to gain followers’. To which, Amairis decided to answer her critics and said the shoot was ‘cool as f***’. 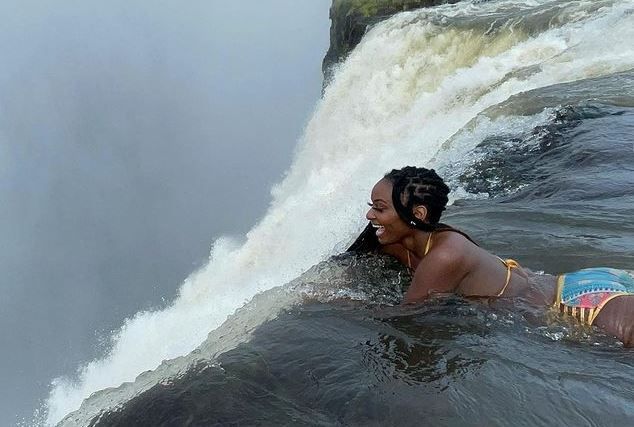 Amairis Rose posted the photoshoot video with the caption “Life on the edge”.

“I wasn’t afraid at all, it was all very safe. If anything it felt very liberating being at the edge of such a huge waterfall,” she added. Amairis currently has over 36,000 followers on Instagram.

Even though the waterfall is a popular tourist destination, photoshoots at the edge of the waterfall are mostly done with the assistance of guides.