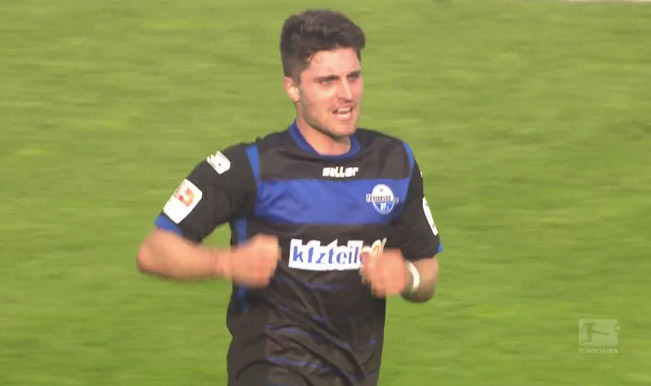 Germany is home to some of the best football clubs in Europe like five-time European Champions Bayern Munich, eight-time Bundesliga winners Borussia Dortmund, Schalke, Bayer Leverkusen, etc to name a few. Not outside the country would have heard of a team called Paderborn, based in North Rhine-Westphalia. The 107-year-old club started to make a name for itself after since the turn of the millennium, rising from the regional divisions to the top-flight for the ongoing 2014-15 season. Also Read - Heena bags gold in 10m air pistol in Hannover

Further enhancing their reputation is the fact that they are now on top of the Bundesliga table and are among the four teams teams that are yet to suffer a defeat in four matches. Whether Andre Breitenreiter’s side can maintain their performances at the highest level is anybody’s guess but Paderborn are making the headlines for much more than one good reason. Also Read - Magma HDI forays into health insurance with OneHealth policy

But what makes Stoppelkamp’s goal special is that it sent Paderborn surprisingly to the top of the league table in their maiden Bundesliga season; above reigning champions Bayern Munich, who they face on Tuesday. The midfielder’s effort came in the dying minutes of the match after Hannover goalkeeper Ron-Robert Zieler darted forward into the opposition box in search of an equaliser.

Stoppelkamp’s wonder strike also sets a new record for the longest goal scored in the Bundesliga, previously held by Giorgos Tzavellas, who scored from 73 Meters on 12 March 2011 for Frankfurt against Schalke.