Apart from boxing, Vijender Singh has taken part in ramp shows and has been in the limelight with modelling. 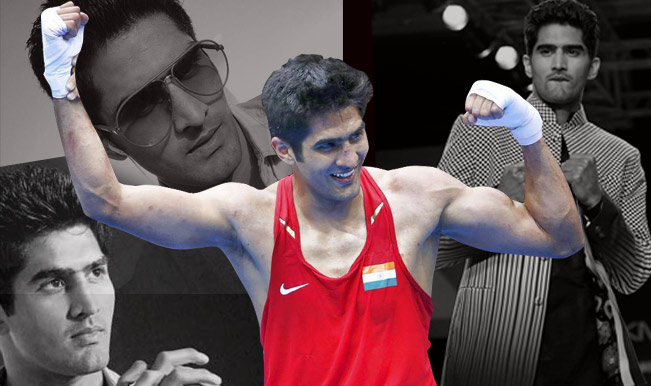 Olympic and World Championship bronze-medallist Vijender Singh has now assured the country of their medals in the Commonwealth Games 2014  with 4 others at the Commonwealth Games. The Indian Olympic boxer had first shot to fame with his victory in 2008 Olympics winning a bronze medal. With the bronze he became the first Indian boxer to win a medal. He and Sushil Kumar was given a grand welcome on his return to India. Also Read - Jawaharlal Nehru Stadium in New Delhi to be Redeveloped at a Cost of 7,850 Crore

While the country is awaiting the news of Vijender’s success in Commonwealth Games 2014, here is a list of five things you should know about the boxer. Also Read - From Sachin Tendulkar to Abhinav Bindra, India Icons Predict How Sporting World Will Change After Coronavirus

His Profession being one of his hobbies, he had excelled in the field since his teenage days. He had won many awards in different competitions in the national level. After completing his training, he was choosen to participate at various international competitions including 2006 Asian Games and 2008 Beijing Summer Olympics.

Vijnder was felicitated with the India’s highest sporting honour- Rajiv Gandhi Khel Ratna award. He was announced as the top ranked boxer in the annual middleweight category list in the International Boxing Association (IBA) with 2800 points. He represented India at the 2012 London Oylpic Games. He was also awarded the Padma Shri for outstandinf contribution to Indian sports.

Apart from boxing, Vijender Singh has taken part in ramp shows and has been in the limelight with modelling. He has also appeared in Salman Khan’s ’10 ka Dum’ accompanied by Mallika Sherawat. He has also made an appearance on dance reality show, N’ach Bachilye’ with Bipasha Basu.

Vijender Singh made his first Bollywood debut with ‘Fugly’ in June 2014. It was rated above average.