Vinod Khanna passes away at 70: Top 5 best movies of the versatile star!

Vinod Khanna died at 70 on April 27. Here's a look at five of his best performances in Bollywood.

The versatile star of Bollywood and Bharatiya Janata Party MP, Vinod Khanna passed away at the age of 70 on Thursday at 11:20 am, reportedly after battling with cancer. The actor was admitted at the HN Reliance Foundation and Research Centre in Girgaum, Mumbai. A photograph of Vinod Khanna looking frail was all over social media recently. This picture took the Internet by storm and his fans were shocked looking at his health. The media was also flagged by some for sharing this picture of Vinod Khanna from the hospital. The actor was hospitalised in April first week due to severe dehydration but was said to be stable. He passed away on April 27. Also Read - Amitabh Bachchan Shares Hilarious Scene From Amar Akbar Anthony, Says 'Grief Will Never Leave But Show Must go on'

Vinod Khanna was a sitting MP of the BJP from Gurdaspur district of Punjab. The actor was born on October 6, 1946. The veteran actor was part of several hit Bollywood movies like Amar Akbar Anthony, The Burning Train, Mere Apne, Mera Gaon Mera Desh, Gaddaar, Jail Yatra, Imitihaan, Inkaar, Kuchhe Dhaage, Qurbani, Kudrat, Dayavan, Kaarnama, Suryaa: An Awakening, Jurm and many more. Vinod Khanna made his Bollywood debut in 1968 and shone in negative roles initially. His first film as lead hero was in Hum Tum Aur Woh. Vinod Khanna shared an amazing onscreen chemistry with Bollywood legend Amitabh Bachchan and fans often compared the two to each other. Vinod Khanna passes away at 70! Twitterati mourn the death of veteran actor and MP, Celebs pay tribute Also Read - Amitabh Bachchan Shares Iconic Moment From Premiere of Sholay in 1975, Gushes Over Jaya Bachchan in Monochromic Picture

But in 1982, when Vinod Khanna’s career was at its peak, he quit the Hindi film industry and followed his spiritual guru Osho Rajneesh. After five years, he returned to the Hindi film industry and gave hit films like Insaaf and Satyamev Jayate. In 1997, he joined politics and was elected from Gurdaspur for the BJP. Vinod Khanna dies: 9 blockbuster movies of the actor you will be able remember him with! Also Read - Praising Virat Kohli, Amitabh Bachchan Recreates His Famous Dialogue From Amar Akbar Anthony

Vinod Khanna starred in 141 films in Bollywood. Here’s looking at the Top 5 best performances of the star. 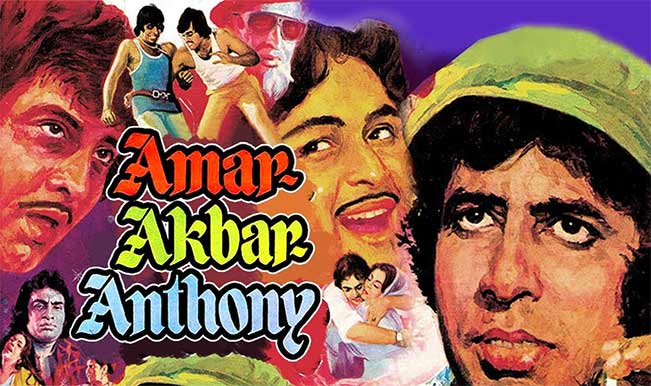 This famous Manmohan Desai movie released in 1977 and starred three great actors of Hindi cinema in the lead, Amitabh Bachchan, Vinod Khanna and Rishi Kapoor. Amar Akbar Anthony was a story of three brothers separated in childhood and raised as Hindu, Muslim and Christian. The three unite in their youth against a common enemy. The film has a wonderful message of brotherhood and received a huge response at the box office. Even today, people love the chemistry between Vinod Khanna and Amitabh Bachchan as also Rishi Kapoor. 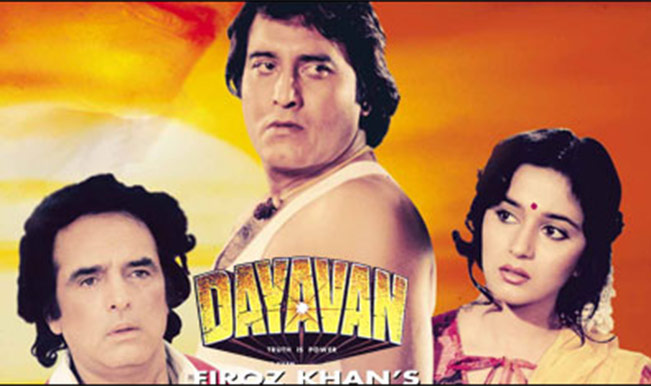 Dayavan was directed by Feroz Khan, and was a remake of Tamil hit Nayagan (1987), starring Kamal Haasan and directed by Mani Ratnam. Dayavan featured Vinod Khanna as don Varadarajan Mudaliar and starred a very young Madhuri Dixit as his wife. The film released in 1988, and was hyped for the passionate kiss shared between Vinod Khanna and Madhuri Dixit in the song Aaj Phir Tum Pe. 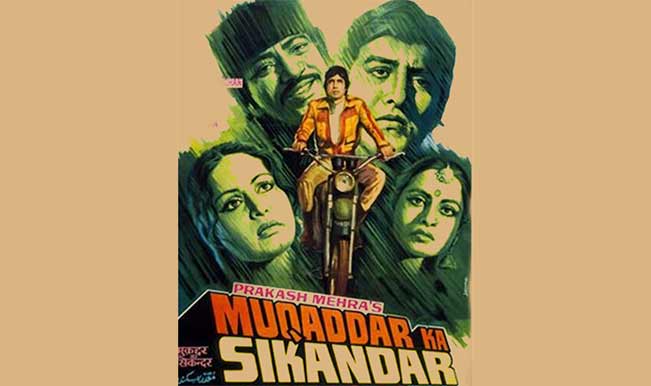 The 1978 movie was produced and directed by Prakash Mehra. Amitabh Bachchan, Vinod Khanna, Raakhee, Rekha and Amjad Khan featured in pivotal roles in the movie. Muqaddar Ka Sikandar became a super hit film and earned lot of positive appreciation. Vinod Khanna portrayed several shades to his character in this movie and also won the Filmfare Award for Best Supporting Actor for this role. 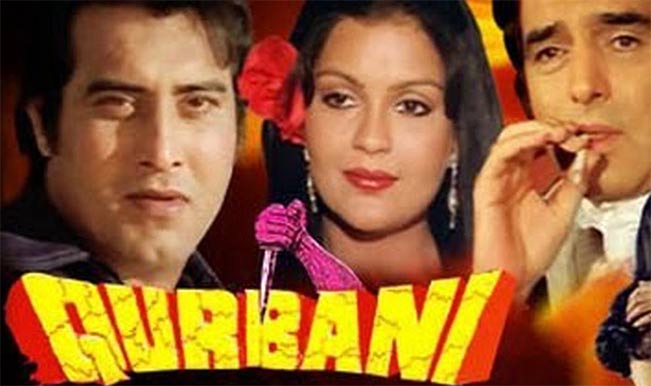 Qurbani the action drama was directed by Feroz Khan who also starred in it. This is one of the memorable roles of Vinod Khanna and actress Zeenat Aman. This film was a major grosser at the box office in 1980 and is still one of the most loved movies of the actor. 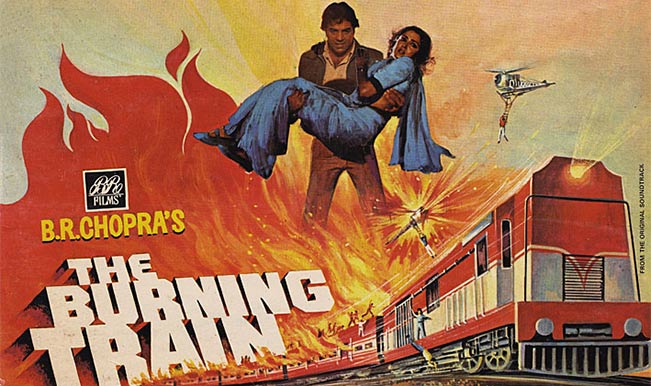 The Burning Train was released in 1980 and won hearts with a simple concept. The story revolves around a fast train that is a dream project of Vinod Khanna’s character Vinod and how he ignores family for building the fast train. But the fast train, which has a myriad of characters as passengers who are excited to be on board, catches fire on its inaugural run from New Delhi to Mumbai. Will the passengers be safe? That forms the story of the film. Directed by Ravi Chopra and produced by BR Chopra, The Burning Train had an ensemble cast of Vinod Khanna, Parveen Babi, Dharmendra, Hema Malini, Jeetendra, Neetu Singh, Vinod Mehra and Danny Denzongpa. The concept was good but unfortunately the movie failed at the box office. However, Vinod Khanna’s role was appreciated.